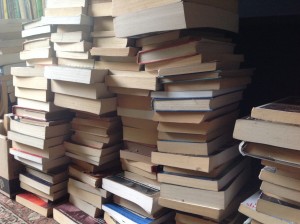 In which I celebrate Leap Year with a rather more relaxed attitude and talk about the idea of project debts – the psychic energy consumed my potential and unfinished projects – and physical decluttering. 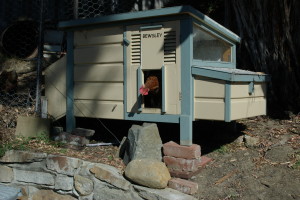 In which I hang out for an ice cream and focus my monkey mind by working alongside a recording of a Verbal to Visual practice session.

I had occasion recently to remember that most splendid creature, the late lamented Mole of Bewsley. It all began last Sunday.

There is no other time in the week when I feel so deliciously, unabashedly molish than on Sunday mornings. There is the anticipation of a stroll down to the market and tootling on to ring the bells, to chat with chums; but first of all, and unlike all the other days when I hustle myself out of bed for an early walk, I give myself breakfast in bed.

Making my muesli on a Sunday morning is a meditative act – a pawful of oats, a strewing of sunflower seeds, a casting of pepitas, a clutch of walnuts, slivers of banana and a fling of blueberries. Soymilk poured over the lot.

And have I mentioned the bowl?

My Sunday bowl is a beautiful bowl – a hand crafted half sphere on a narrow base. It is the palest of bluish creams. Stylised robins with dusky red breasts encircle it. They are perched on branches with leaves of sage-green. The bowl nestles satisfyingly in my cupped paws. Please forgive me my flowery language, but on Sunday mornings I feel at my most deliciously moley. Molish from snout to paw, from pelt to heart. Mole in body and soul.

Last Sunday morning after making my muesli I placed my bowl on the bedside trolley, puffed up my pillows and embedded myself in the nest of doona. The sun was streaming in as it always does at that time but there was just the tiniest hint of an autumnal chill in the air, enough for me to reach for my bothy rug and sling it around my shoulders.

Perhaps the slinging was a little overenthusiastic.

The fringe of the bothy rug caught the lampshade on my bedside trolley. The lamp in turn careened and caught the bowl of muesli.

The bowl ascended, pirouetting in a balletic arc, catherine-wheeling its contents.

It wasn’t quite my life that appeared before my eyes, but the friend who had given me the bowl did, and her friend the potter who had given it to her, and the journey I had taken with it in my knapsack half-way around the globe.

My 100%-in-the-present molishness began to fragment a little. The timid dormouse part of me anguished about the up-coming smithereens – the shattering dismemberment of robins. The human in me evoked ancestral guilt and chastised me for slothful habits and lapsed duty of care towards the bowl, its maker, and its giver.

Nevertheless, most of myself was right there: gasping and stretching my little eyes in admiration at the virtuoso performance of this bowl, while at the same time being it, feeling its lightness and elegant abandonment, and being the flying oats, the hurtling blueberries, the slow deliberate ever-changing shapes of soy splatter streaking through the air.

Banana slices slithered slowly down the spines of the books on my shelves. My soy-stained windows appeared to have been side-swiped by a flock of acrobatic pigeons. My boots were filled with oat droppings. Blueberries had rolled under the desk and disappeared into the pattern of the carpet. The bowl landed softly, rolled a little from side to side and then stopped, intact and deeply satisfied.

It was in the stillness of that moment that I remembered Mole of Bewsley.

You can still see Bewsley lettered on the door of a small house on the other side of this city. Mole is sadly long gone, but what an admirable creature that Mole was. Incarcerated for a near life-time under appalling conditions, Mole never ceased in her attempts to engineer an escape. In the end it was a benevolent well-wisher, himself an escapee of sorts from the same establishment, who rescued Mole and brought her to live on his estate.

When Mole first arrived she was nameless. The well-wisher, in deference to her clearly molish burrowing instincts, named her Mole. But while Mole was clearly a mole in spirit she was no mole in the flesh. Mole was a chicken.

Mole was given every attention a mole-hearted chicken could wish for in her new abode, but her years of incarceration had made her distrustful. She didn’t quite belong.

The well-wisher was sitting on his stoop one morning, watching Mole as he ate his muesli, and wondering how he might help her feel established. He was of a spoonerish bent, this well-wisher, and as he looked at his bowl of muesli and at Mole scratching about in a desultory way, it came to him that Mole needed a place of her own. That place would be Bewsley and it would be Mole’s seat. Mole would be Mole of Bewsley, from that moment on and forever. 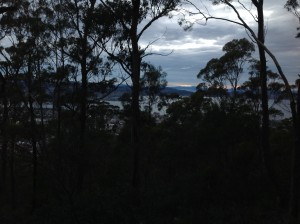 In which I decide to do a thing, embark on it, find I am unprepared but carry on anyway. 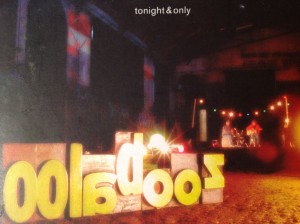 In which I bask in the rain and listen to my brother Michael’s Zoobaloo on Spotify as I work through Doug Neill’s Learn in Public workbook I think about the tricky balance between public and private in my writing life, and admire Kirsten Fogg’s new venture Writer Out of Residence. 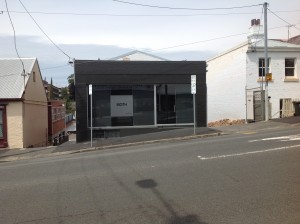 In which I swelter but my sheets are drying well. I talk about missed appointments and mishaps and take note again that I need to create space around the things I do. 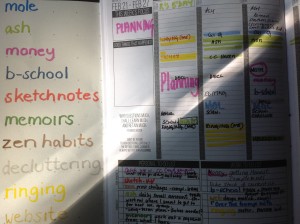 In which I talk about planning and adjusting and finding a simple way to keep track of my projects. 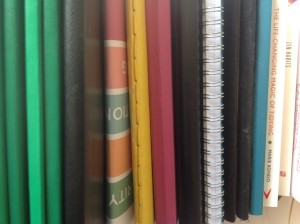 In which I try to make my various lines of endeavour more visible so that I don’t find that any fall off the wagon when I am looking the other way.

Blackberry canes. They are a weed here. Every autumn chums come and help me pull them out. Every spring, there they are again, pushing themselves through the lawn, emerging from fencelines, invading the vegetable patch. Primocanes soar over rooflines, bow down again and re-root as they touch the ground. I am torn between admiration and despair. Wanting them gone, but wanting their fruit.

I look at the canes and know I could, feel I should, put them to good use. I hear the voice of Old Felty rasping: ‘Waste not, want not!’, and remember with a shudder trying to hide from him during my holidays with Great Uncle Mole. It was futile. With leaden moleheart, I’d await his distinctive knock on the burrow door. Dahdidahdidah (he’d been in Signals during the Great War).

‘Where’s that young Moley?’ He’d demand of whoever opened the door. If it was Uncle Ratty there was a chance I’d have a short reprieve; Uncle Ratty was nothing if not inventive about my other commitments, but Great Uncle Mole had no guile and if I was out of luck, I’d be hauled into forced labour before I’d even unpacked my knapsack.

Old Felty was a papermaker of some renown but this was little comfort to me at the time. Take a moment to imagine the most horrible job a small mole might be told to do and you won’t go far wrong. Old Felty assigned me first to cutting down blackberry canes which was bad enough but not half as painful as the second stage: peeling off their prickly outer bark until my paws were like bleeding hedgehogs.

What hurt me most of all was that I was destroying the very canes that would have produced the most delectable fruit the following year – delectable fruit that might have been picked for Great Uncle Mole’s apple crumble. In those days I thought blackberry thickets were finite – although it barely seemed so when I was under Old Felty’s rule.

Now my twinges of guilt about not immediately harvesting the canes are overridden by greed. Those that by some oversight were not dug out the previous year, sprout blossom and before the petals have even thought about dropping, tight nascent fruit have begun to form in their centres.

I begin to feel myself salivating.

But blackberries – I wish I followed their example more often; they will not be hurried. Their drupelets may look dark and juicy but if they are not ready they will cling to their stems and bleed into your grasping claws. If you persist and eat them they will be sour. If, though, you wait until they drop willingly into your paw, you are blessed with sweet and juicy perfection. It is possible to wait too long. Never eat a blackberry after Old Michaelmas Day, they used to say in Great Uncle Mole’s neck of the woods. Puck spits on them.

There is a right time for all things.

And perhaps it is the right time to venture into the cellar where there is a parcel about the size of a very thick atlas wrapped, not in brown paper, but in something that is almost cloth. It is held together in a cat’s cradle of string held into place with globules of sealing wax. A rather cheap luggage label has been tied to it. Uncle Ratty has written in barely legible ball-point:

‘For Moley. Left on the doorstep by Old Felty shortly before his death, 2nd Oct 1959.

Uncle Ratty never sent it on. I found it decades later when I was clearing out his boatshed. I brought the parcel home to the Antipodes but couldn’t bring myself to open it.

And so now I carefully lift the globules of wax. I don’t cut the string but prise open the knots with my little claw. The paper is so thick it unfolds itself. There is a frame, no two. Cherry wood, I think, dovetailed to nestle into each other. One is meshed. It is an exquisite press, made, no doubt, by the master papermaker himself. There is a note attached. Old Felty’s words echo Uncle Ratty’s but they have been written neatly in thick black ink and with a calligraphy pen.

‘For Moley, who is to be my successor.’

Somewhere in my molegut I think I knew there would be strings attached to whatever Old Felty might have left for me, and I did not want to feel beholden.

But now I can see the press for what it is, admire the craftsmanship and the quality of the paper that it was wrapped in. Perhaps I feel a pang of guilt when I see a towering blackberry cane and don’t harvest it, but I know now that I am not obliged to be Old Felty’s successor, that my path is a different one.

And perhaps he knew, too. After all he hadn’t left me the cauldrons he boiled up the bast in, nor the mallets to pound the fibre with. 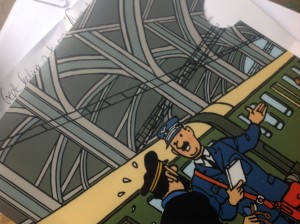 In which I determine to keep hold of the precious energy of the novel-writing group.