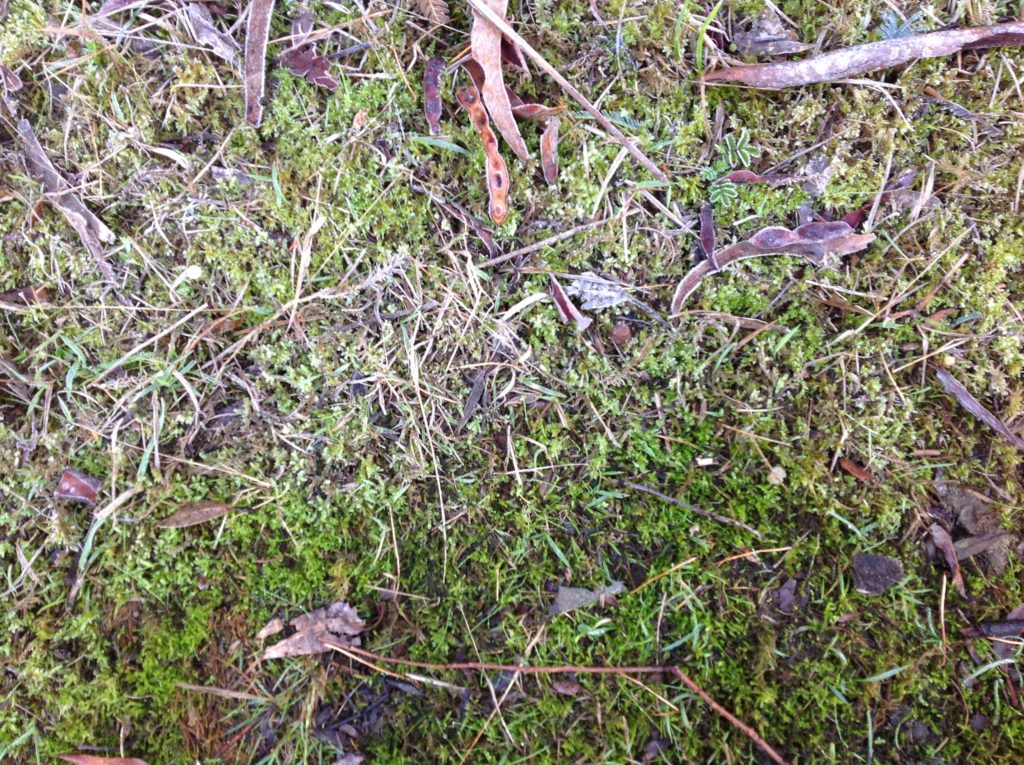 Thinking about moving from autumn to winter and feeling the spark of life I get from coming into my rightful season. 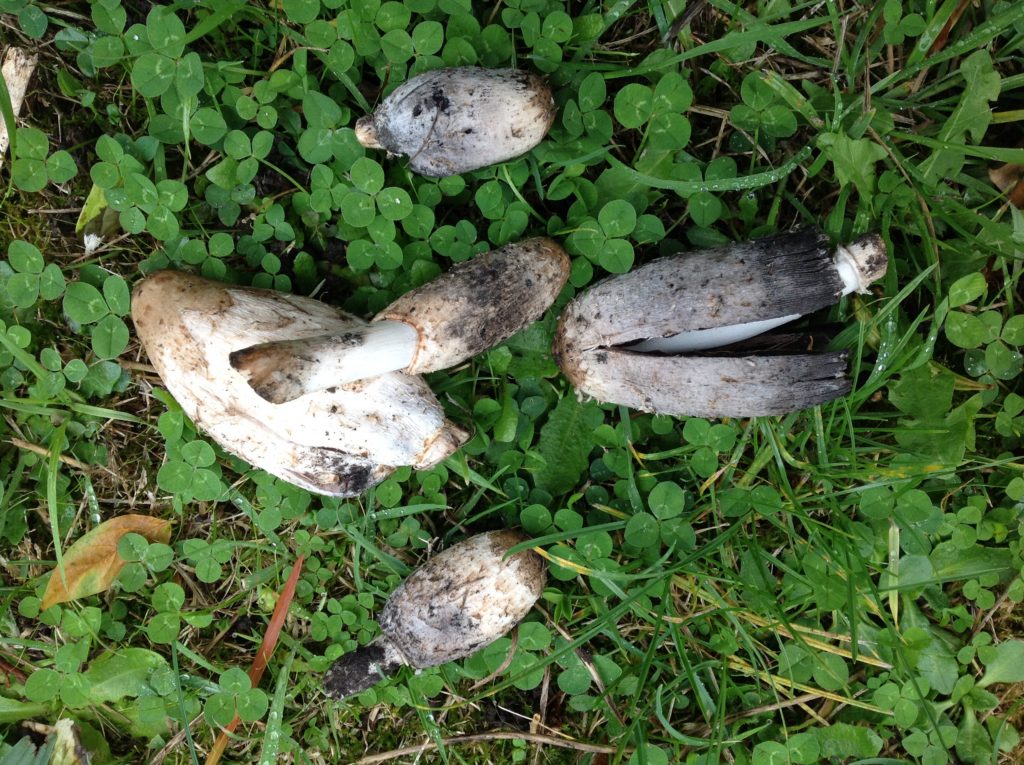 I return after a spacious unplugged week and contemplate the pros and cons of having eaten shaggy inkcaps. 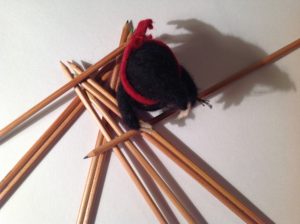 Burning the candle at both ends, a new project and looking forward to an unplugged Sabbatical week. 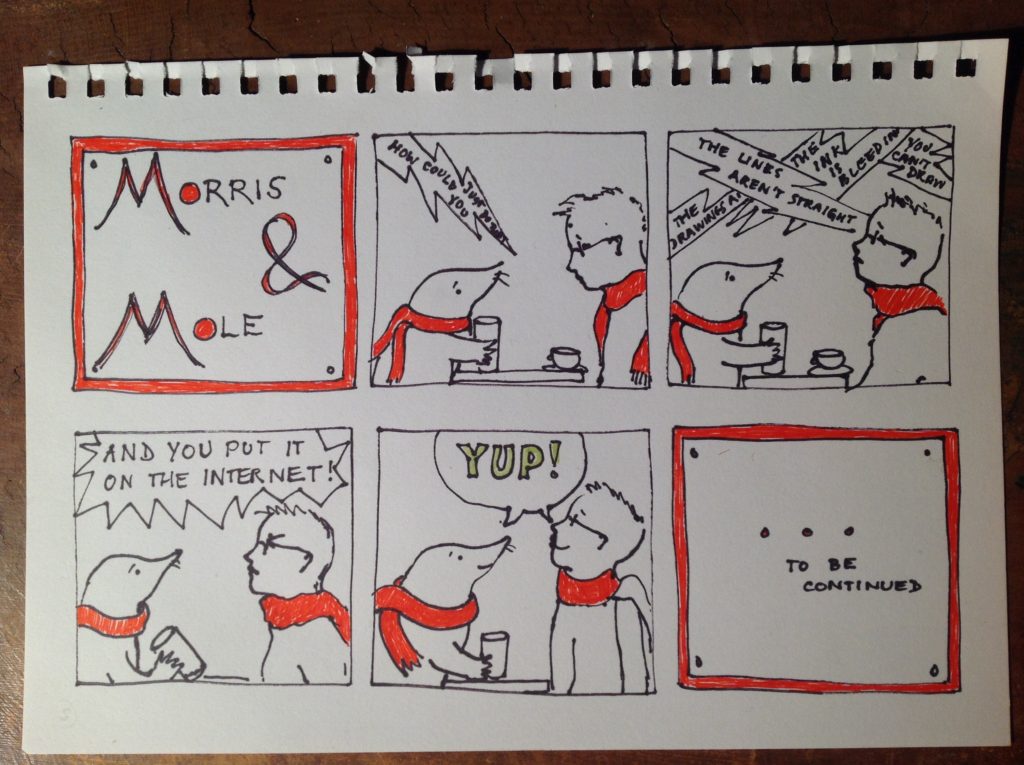 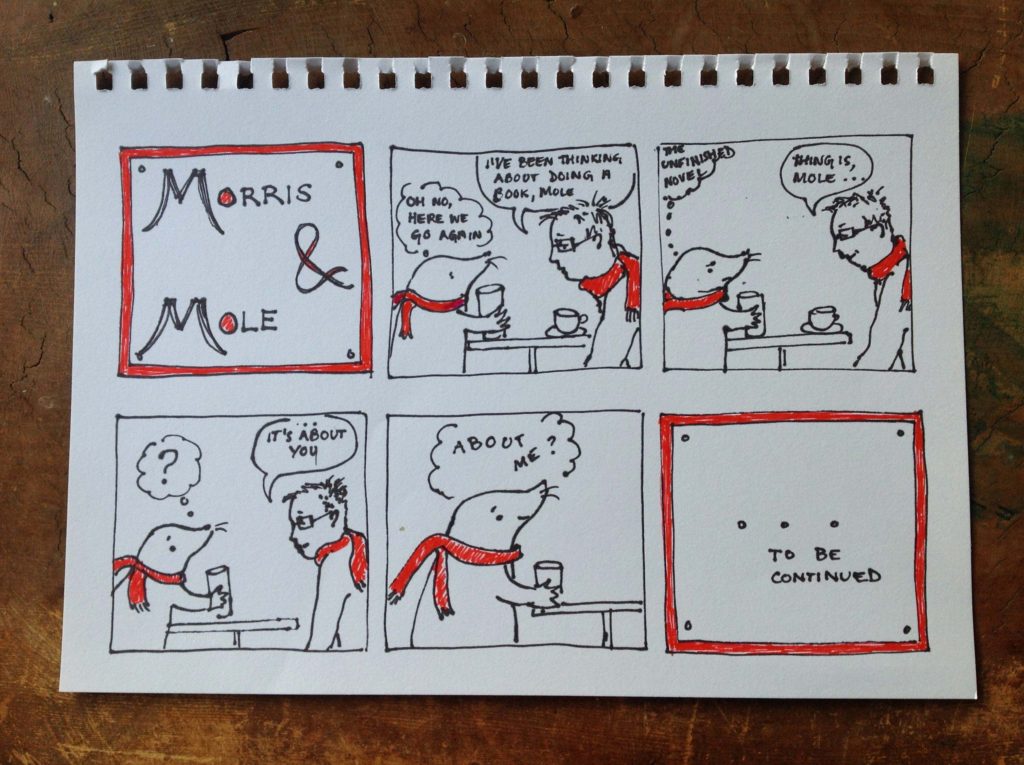 It rained yesterday, rained and rained. It thundered, too, and blustered; it broke out into brilliant sunshine, scudded clouds across the sky. Black clouds chased white and from time to time dazzling with patches of rainbow. I braved Knocklofty with a large umbrella. The creek, though not exactly gushing, was at least flowing. Dry, cracked dips were now puddles and even the frog-ponds were beginning to refill. The path, a treacherous, gravel-slippery beast during the long, dry summer, was now so sodden that the sound of my tread appeared to be travelling along little arteries just beneath the surface. It moved at a marginally slower pace than my paw-fall, so that one step was indistinguishable from the next.

A scarlet robin, returned for the winter, almost brushed my snout it swooped so close, first in front, then behind, then in front again. He was a bit of a blur because I was wearing my reading glasses, but the flash of colour gave him away. He was black, red-breasted, with white underparts.

The rain had fallen as snow on the mountain. I felt alive, woken up from my summer lethargy, replenished.

But the chill that was so invigorating on Knocklofty was less welcoming in my burrow. Although I covered my paws with thick woolly socks and clasped a hot-water bottle to my bosom, I couldn’t quite get the snugness of Great Uncle Mole’s place. Mind you, that may have just been the contrast after heroic walks in blizzard conditions.

And then I remembered the waistcoat. Or at least the memory surfaced; it must have dusted itself off on Knocklofty when I was being swooped by the robin.

It was red – Great Uncle Mole’s winter waistcoat, – and he was inordinately proud of it. His pride and the waistcoat’s rather bulky padded lining puffed him up, and it was hardly surprising that Uncle Ratty ribbed him.

‘I am NOT a robin!’, Great Uncle Mole would thunder, puffing himself up still further. But it was not the bird itself he objected to, it was the associated colour.

Now, he would have had no objection to being likened to the Tasmanian robin I saw yesterday. It is not called scarlet for nothing, although its female counterpart is brown with an orange breast, more like the English ones Great Uncle Mole was being likened to.

For Great Uncle Mole to have the colour of his waistcoat alluded to, however vaguely, as orange was an outrage.

Orange was a very inferior sort of colour.

Great Uncle Mole’s waistcoat was an heirloom. I imagined umpteen generations of grizzled old moles holding forth by the fireside, puffing out their scarlet chests just as Great Uncle Mole had done. I later learned that the waistcoat was a reincarnation of a coat, a uniform to be more precise, that had once belonged to a General. But the General was not some illustrious moleancestor. He had, in fact, been mouldering in his grave for a good many years before any molekin of Great Uncle Mole’s had happened upon the coat. A great, great, great someone of his (and I suppose a great, great, great, great, great someone of mine) was a seamstress at the late General’s ancestral pile. The attic was off limits, but being an inquisitive sort of a mole, she spent her evenings fossicking about in it. And it has to be said that from time to time she helped herself to the odd treasure. The red coat was one. She was quite brazen; boldly paused on the stairwell where the General’s portrait hung – he on horseback, in the coat and brandishing a sword. She looked him straight in the eye before slinking back down to her quarters below stairs and gloating over her find. The coat was no use to the General any more, and it was really very fine woollen cloth, – and the red! She’d never seen anything like it; just the stuff to make a waistcoat for her first-born (who cut rather a dashing figure for a mole, and had just reached his majority).

It wasn’t she but the dashing first-born who found out about the red. His paternity was a bit of a mystery and he did like to dream. He’d inherited the fossicking trait from his mama but his leaning was towards paper, most particularly towards the literary endeavours of notable figures, – personal diaries, to put it bluntly, the more personal the better. And so it was that an auction he stumbled across an archive of diaries the General had kept as a young blade.

What the dashing first-born uncovered helped him not one iota with the question of his paternity, but was nonetheless gripping to that red-waistcoated young mole – with the added frisson of being in code. When the General was his age (not a General then, of course), he was sent on a secret mission to Mexico.The voyage was perilous to say the least, not because of the weather conditions but because he had insinuated himself as a naturalist onto a French ship at a time when the French were siding with the revolutionary Americans and he, the General-to-be, was English – Suffolk-born to be exact. His task was to penetrate the Spanish plantations and steal prickly pear plants infested with with cochineal beetles, sequester them somehow and smuggle them back to England. There was a scheme afoot to build acres of hot-houses where the prickly pears could be propagated and the beetles bred. It was ambitious, indeed, this plan. The aim was to supply the officers of the British army with the reddest coats in all the world, and to distinguish them for once and for all from their faded, orangey madder-dyed subordinates.

The young General-to-be succeeded in his mission but alas the grand idea of hot-houses had failed for lack of funds. It takes a sacrifice of 50 000 beetles to make just one pound of red cochineal dye.

There was a single small harvest from the General-to-be’s venture, just enough to dye one bolt of finest wool.

Still chilled, I headed for the cellar, ploughed through a chest containing odd assortments of curtains and eiderdowns and parachutes until I found the box. It was there, intact, apart from one or two moth-holes: one red waistcoat.

And yes, here I am, tapping away at my typewriter, puffed up and snug as a robin.

*With a nod to Nicolas-Joseph Thiéry de Menonville
Mole is going on Sabbatical. The next Murmurs will appear on Friday, 3rd June. 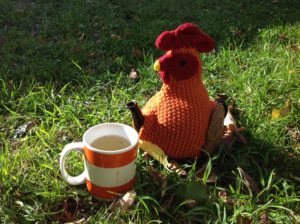 A blustery, rainy day on which I introduce the indomitable Maud. 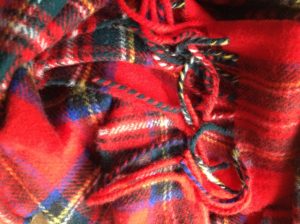 In which I feel discomfitted by an exhibition, miss the bus, and indulge myself in a gentlemen’s outfitters. 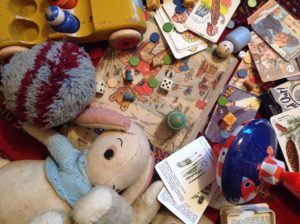 In which I wake up to a better day and enjoy being fully engaged with what I am doing. 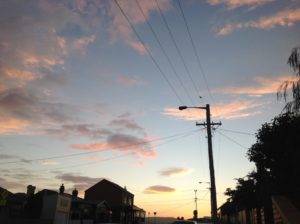 In which I rather wonder what happened to my day.