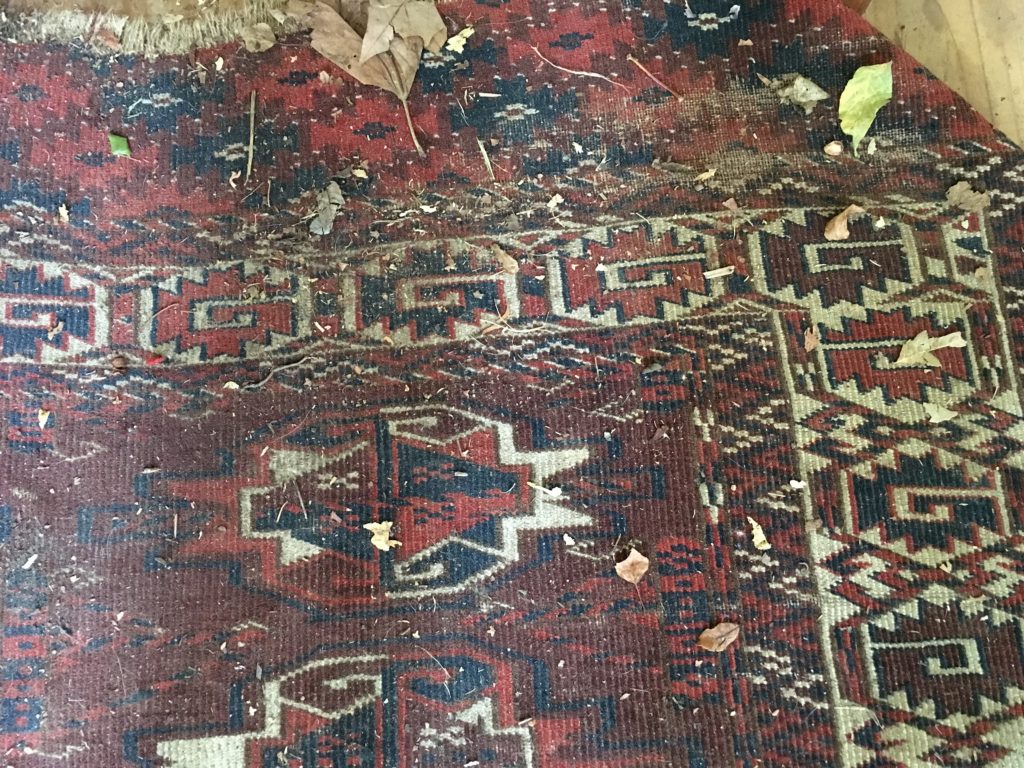 Spring and coming back to my neglected shed. 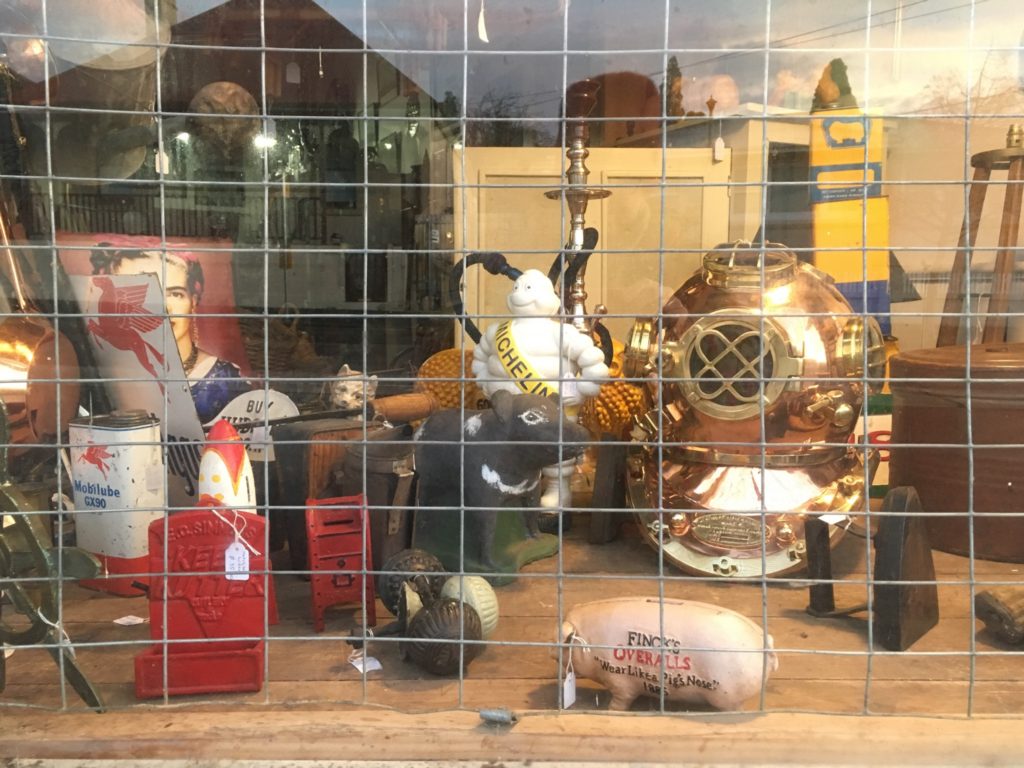 Walking and talking about pausing to gather my wits. 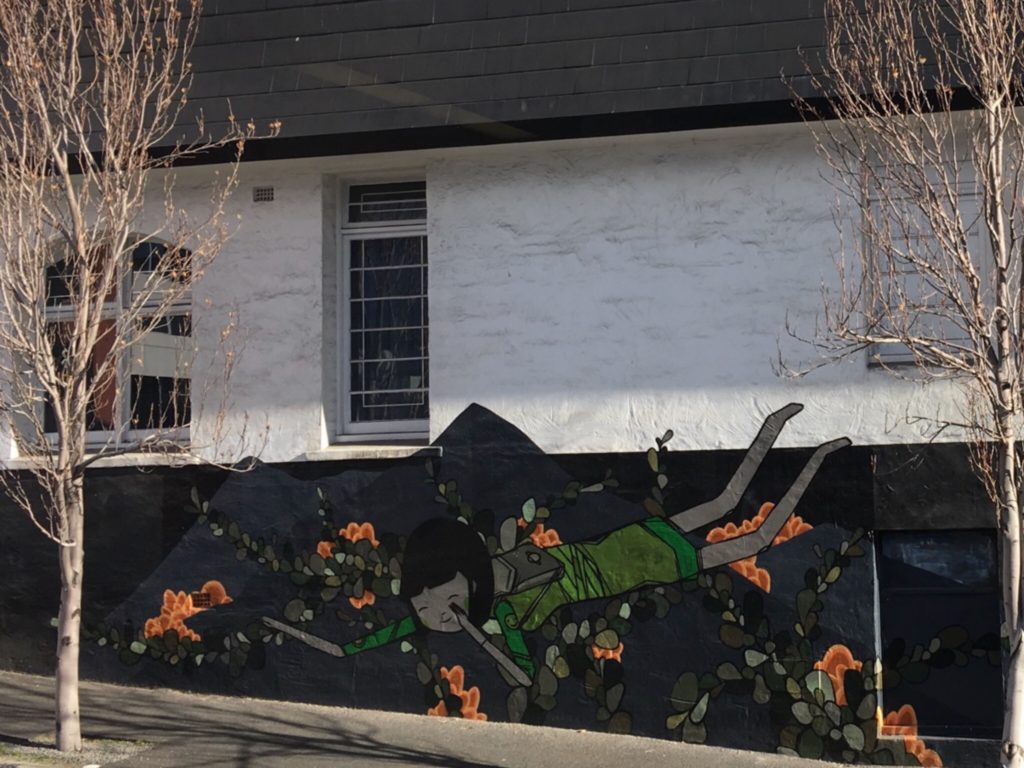 Feeling surprised at how discombobulated I am with the changes in my life. 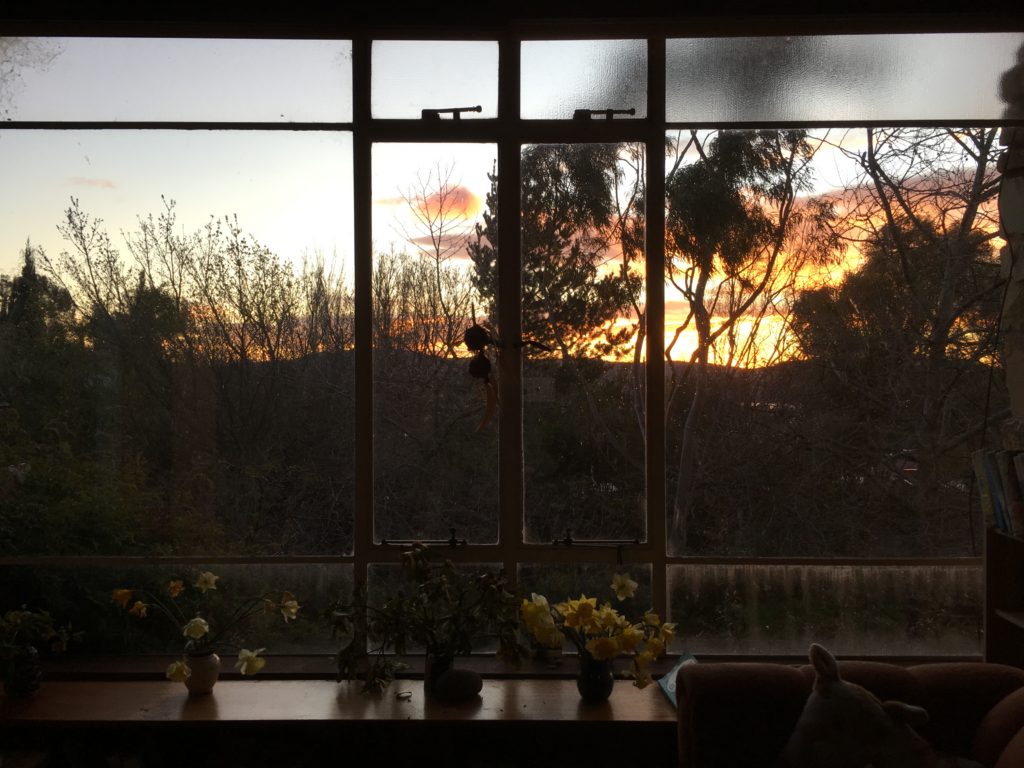 Trying to pretend that today is a murmurs day – but not quite succeeding. 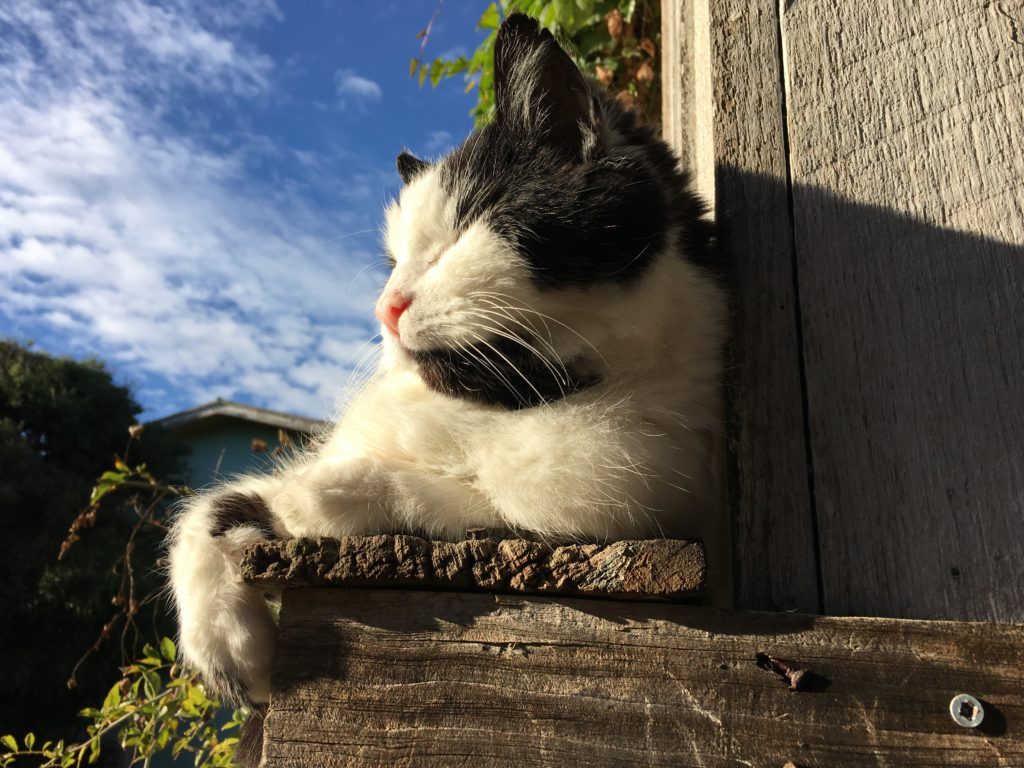 Enjoying the spring sun and preparing for murmurs in case Friday is disrupted. 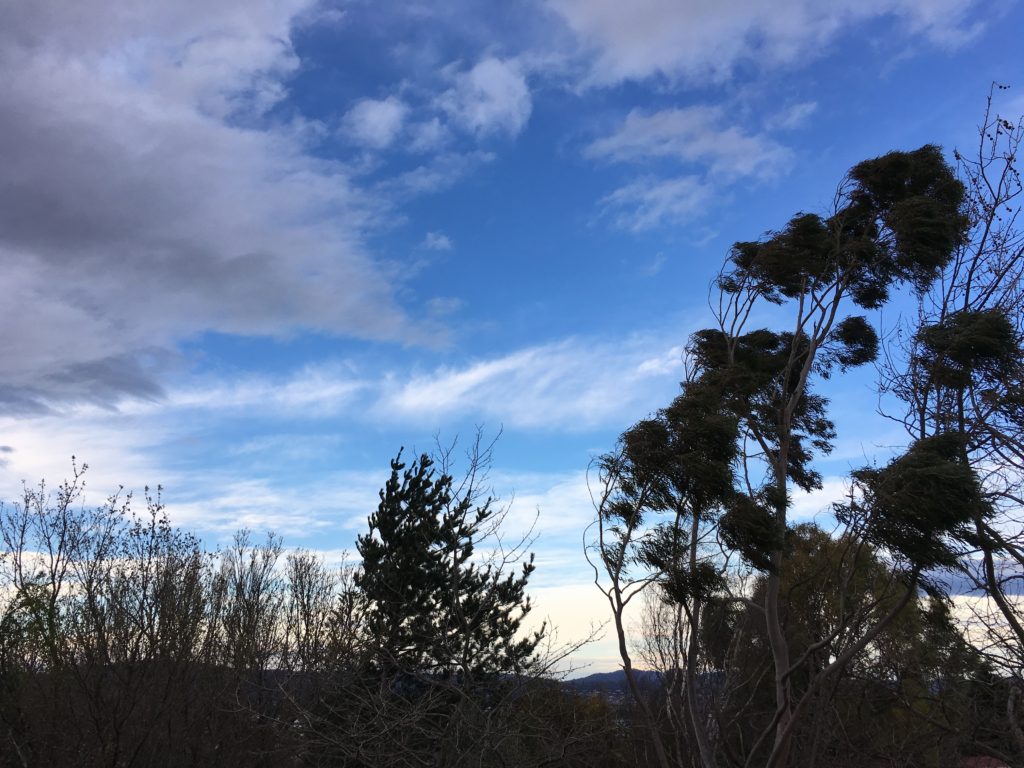 A blustery day pondering the merits of different kinds of communication.

Feeling the satisfaction of FINISHING a project! 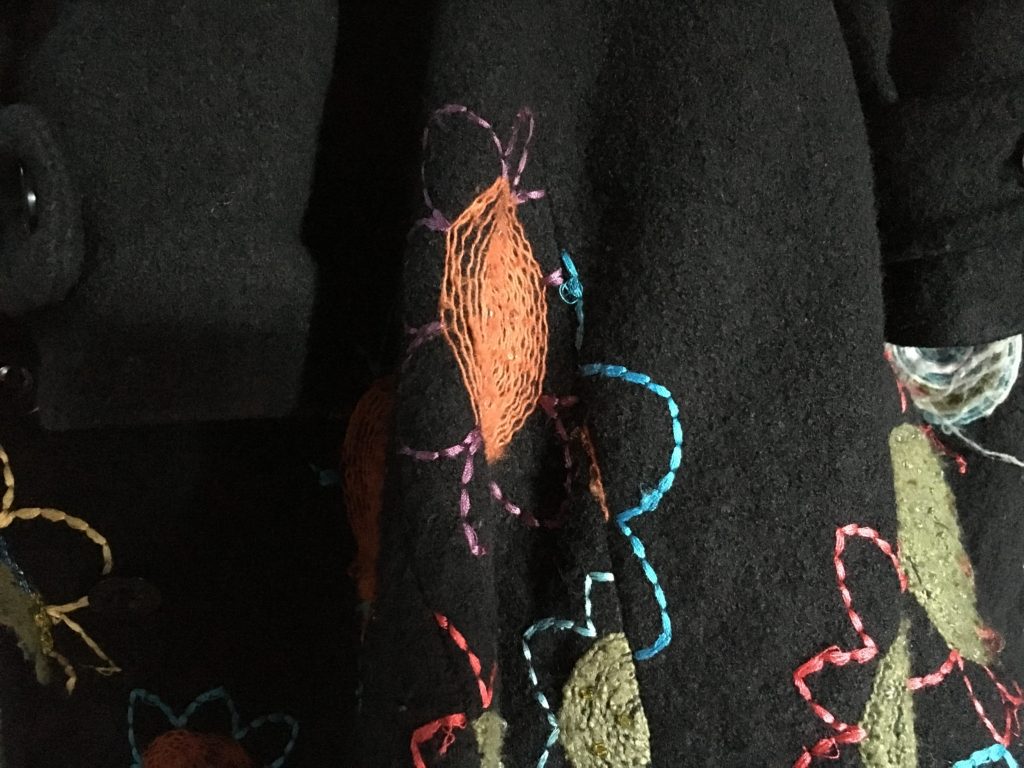 A late night with mole, a chilly morning, beautiful day. Feeling good with washing on the line and more work done on translating letters.

It is very green on this island just now. Never, since recording began, has there been a soggier month than the one just past. The sun is now out; the earth is soft and delicious, and my paws have been itching to delve into it.

I have inherited the pleasure of winter gardening from Great Uncle Mole, although I suspect it was the afterwards he enjoyed most: coming indoors, warming himself by the open fire, and drinking steaming mulled apple juice from the Emmenthaler bowls some chum had made for him. And for me it is a somewhat dilettante affair, the odd onion weed before giving my paws a rest.

But today the odd onion weed yields more than its bulb. Entangled in its roots is a pin, rusty and misshapen, – still I can make out the shape of a star. It couldn’t be, could it?

When was it? The late 1950s? Early ’60s perhaps. We had a rare visitation from Great Uncle Mole. He was on his way to some conference to do with the St Gotthard tunnel and had arranged to spend a week with us in our burrow near Bern.

Great Uncle Mole away from his home burrow was a sorry sight. There was a restlessness about him as if he had somehow lost his slippers. And while my Mama and Papa had done all they could to make him comfortable, they had provided him with neither a fireside (our burrow was centrally heated) nor an engineering problem.

But while he was with us he received a letter that had been posted from Switzerland to England and then been forwarded back (or backwarded forward) by Uncle Ratty. The envelope was a mess but the postal authorities ever resourceful. It pleased Great Uncle Mole greatly and although my little mole ears were on stalks trying to eavesdrop on the adults after I had been put to bed; and although (because the words Young Moley drifted in and out of the conversation) I was driven to tiptoeing closer and closer to the parlour, try as I might I had to wait until the morning to have my curiosity quenched.

The chum who had written to Great Uncle Mole – well not written exactly but sent a diagram, was, Great Uncle Mole told us, someone he had known during the war. In what capacity he wouldn’t say; besides it was a question I’d be more interested in now than I was then. Apparently diagrams had always been their mode of communication; neither spoke the other’s language. The diagrams varied in complexity; they might be puzzlements over an Atlantic tunnel or the mechanics of a timer. This one was on the slighter side, though I didn’t realise it at the time, and certainly didn’t warrant Great Uncle Mole’s immediate presence, but it was just the excuse he needed – and a nice little problem to get his teeth into.

That very morning Great Uncle Mole and I were sitting side by side in a train carriage and nursing mugs of hot chocolate in our paws. We were bound for a village in the Emmenthal where his chum lived. It was my first professional engagement. I was to be his interpreter.

The chap we were about to visit was a Hafner, a stove-maker, Great Uncle Mole told me. Not any old stoves but Kachelofen, wonderful tiled affairs that had cunning ducts so, I gathered, that the smoke from its central woodfire was conveyed under inbuilt seats and through walls into other rooms and even sometimes a platform on which you can sleep. He went into far more detail than that. In fact he had not finished explaining when we reached our train stop.

There was no one to meet us at the station; no one knew we were coming. But the village was small and its inhabitants helpful, and soon we found ourselves approaching the large workshop that proclaimed itself to be Desmannli & Tochter AG, Hafnerei.

Just as we were about to knock Desmannli & Tochter came out of the door. Herr Desmannli was the biggest mole I’d ever seen – his Russian ancestry, Great Uncle Mole later said. He was also extremely grey but that may have been clay dust rather than age. Fräulein Desmannli was a stoutish mole of late middle age and wore overalls. There was a red star pinned to her breast pocket.

Herr Desmannli could barely contain his delight when he saw Great Uncle Mole. They pumped each others paws until they could hardly extricate them again. Fräulein Desmannli hurried them along to their Citrôen H lorry. She lodged Great Uncle Mole into the passenger seat. Herr Desmannli and I clambered into the back under the tarpaulin. Fräulein Desmannli drove, paw to the floor. The bends were dizzying, the bumps spine-defying and the racket left no room for conversation. I tried once or twice, but Herr Desmannli was too occupied lungeing after his tools as they ricocheted from one side to the other. I discovered later that he was almost stone deaf anyway.

Our destination turned out to be a sad old building on a hillside. The words Hôtel et Pension Beau-Séjour were peeling off the timberwork. It was more than neglected; it felt shunned.

Fräulein Desmannli strode forwards with the key and we traipsed into the building behind her. The ceilings dripped with loose lath and plaster. Floorboards creaked, cracked and disintegrated as we walked along them. It had a been a long time since anyone had spent a pleasant sojourn here. But Fräulein Desmannli knew her way and led us through to a maze of passages. Hours later, it seemed, we reached a pair of doors. She wrenched them open with gusto and there it was: a monstrous Kachelofen that dominated a third of the room and appeared to extend into the adjoining ones, too.

‘Aaah’, sighed Great Uncle Mole. He and Herr Desmannli disappeared into the next room to find the heart of the beast. Fräulein Desmannli was holding a clipboard and pencil in a purposeful way. A camera was slung over her shoulder. She was already examining the tilework.

‘They were going to smash this up’, she said. ‘Wanted to eradicate all trace of it. As if you could pretend it hadn’t happened.’ She beckoned me over to look at the tiles more closely. ‘The whole story’s here. The mole who painted it is still alive, just. I saw her a week or two ago. She was here, witnessed it all, and then spent fifteen years making the tiles.’

Every tile in the central section was painted with a scene. What do I remember now? Stylised maps, trains converging in Berne, crowds with banners entering a city building, four charabancs driving up a hill. They framed six tiles that held the words Zimmerwald Conference 1915. Below was a band of flags and, at the foot of the stove, scenes of devastation. The top was a mass of portraits, fifty perhaps. She pointed some out to me: Lenin, Trotsky, Alexandra Kollantai.

We were there all day: my elders photographed, calculated, drew. I kept out of their way unless called upon to hold the end of a tape measure or fetch and carry or translate. At lunch time we went to a pub but weren’t made very welcome.

I had barely heard of the Russian Revolution then, let alone an obscure socialist conference in the heart of Switzerland. And when we rattled up in the Citrôen lorry to rescue the Kachelofen it was the height of the Cold War; the locals didn’t want a bar of the infamous conference held in their midst, nor the building in which the revolutionaries had slept. In Soviet Russia Zimmerwald was often the only place in Switzerland to be marked on the map.

What did the Desmannlis do with the Kachelofen when they had dismantled it? After that day I never saw them again, and somehow I forgot to ever ask Great Uncle Mole.

And this rusty pin. Could it somehow be Comrade Desmannli’s? Did she give it to me? Could I have forgotton? Or does my own burrow hold some secret past that has eluded me? 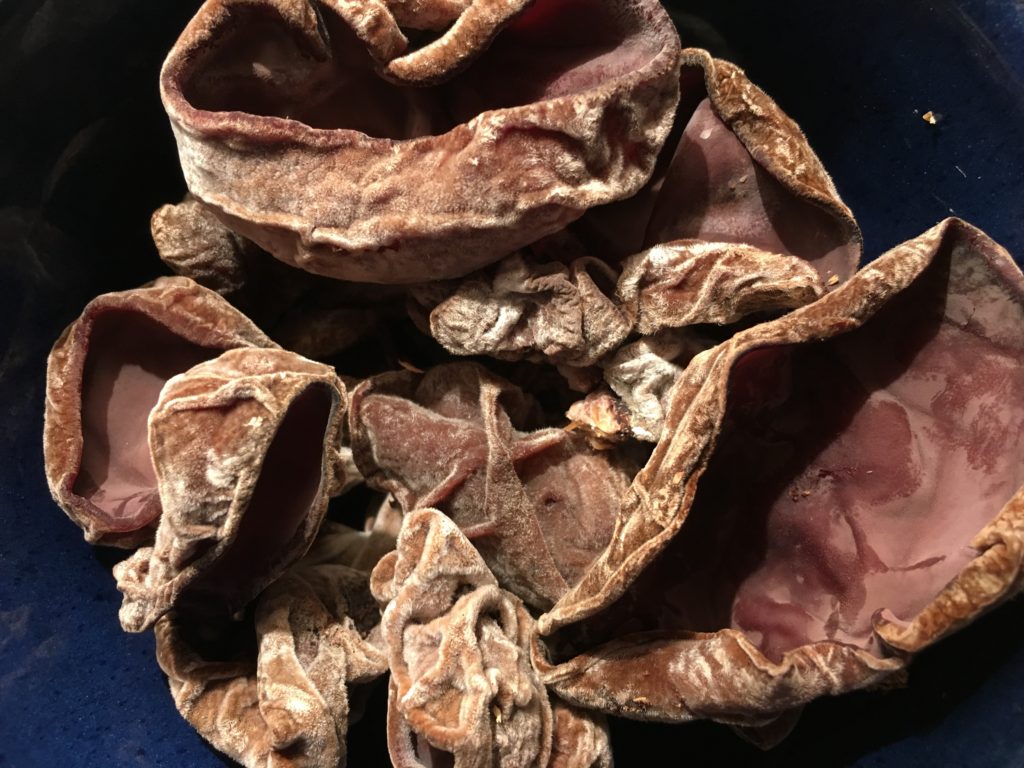 Enjoying a day inside, listening to Primo Levi and looking forward to mushroom risotto.