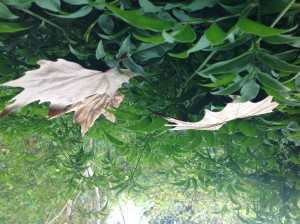 In which I celebrate having both managed an internet free day and adhered to my writing plan. As an antidote to the rising humidity and heat I prepare to give myself a treat of rye bread with quark and raspberry jam accompanied by a comforting pot of tea. 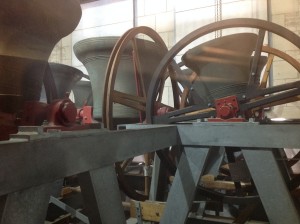 In which I enjoy a luxuriating Monday (with my new international week concept), and contemplate the converging of two circles of friends at the tower tonight. 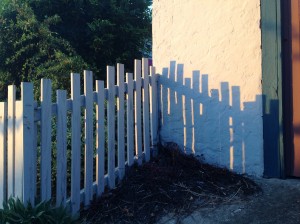 In which I harvest nuts and treat myself to an ice cream after a day of planning and trying to persuade my various activities that they should rub shoulders with each other.

On these hot, last-gasp summer days I have been reminded of Great Uncle Mole, too hot in his pelt, mopping his brow with a large red kerchief. It seemed at the time like something only an old mole would do. It went with the deck chair that always came out after lunch, and into which he sank, his clothes rumpled and that same kerchief loosely covering his snout, rising and falling as he snored.

I don’t have a deck chair, but this afternoon I caught myself mopping my brow and had two simultaneous thoughts. One was that I must now be just about the age Great Uncle Mole was then, and how good it would be to have a little afternoon nap. The other was much more visceral; it was brought about by the sensation of the slow movement of my paw across my forehead.

Suddenly I am a very wee mole indeed. It is night time and I have been put to bed. I can hear some wireless music coming from the small room next door. My Papa has come in with a kitchen chair and sat himself next to my bed. This is an evening ritual – or at least it is when he has caught an early enough train to get back from his work. Or perhaps it is only at weekends.

Our first repertoire is A.A. Milne. I know the poems off by heart – have known them since as long as I can remember, longer even.

‘There were Two Little Bears who lived in a Wood,
And one of them was Bad and the other was Good…’.

Absolutes are so comforting. But as I parrot the words I begin to think about them. I think about that paragon, Good Bear and how there is a Good Moley who I am meant to be, except I never am. Every time I grasp one good bit another drops off. I am never complete: it takes more vigilance than I can muster to hold the bits together. Does this mean I am condemned to be Bad Moley?

Because I can sense something intrinsically unfair about the judgement on the two bears – Good Bear is praised for a facility in reciting the times table, Bad Bear is vilified for dressing untidily. Being a mole for whom numbers remain an enigma and coat buttons never ever line up, my heart bleeds for Bad Bear. I feel in my whole being that bear’s haplessness in the face of trying to match – not only an ideal state of sartorial elegance – but a perfect paragon, the impossible Good Bear.

I am still parroting but as we approach the middle of the poem I can feel a stirring, somewhere near my wishbone. Because ‘quite suddenly (just like Us), one got better and the other got Wuss’.

Oh what a delicious reversal of fortunes.

Papa, perhaps sensing my excitement and hankering after his pipe and wing-chair and beating himself at chess, hastily moves on to stage two – poems that have memorable turns of phrase but are less likely to keep me awake

‘The houses are blind as moles’, he’ll say in a Welsh sing-song voice quite unlike Dylan Thomas’. ‘(Though moles see fine tonight in the snouting, velvet dingles)…’ . At some point, Papa will begin to stroke my brow, but only if I am completely calm and close my eyes and don’t speak.

And I so love feeling his gentle paw on my brow I determine to stay awake forever.

But he is a mole of clever strategies and many voices. He moves on to – well it is usually Keats, – and he puts on his best hypnotic voice:

‘O soothest Sleep! if so it please thee, close,
In midst of this thine hymn, [Moley’s] willing eyes,….’

And now, all these years later, when I am old enough to mop my brow like Great Uncle Mole, I still find I think of myself as incomplete Good Mole instead of just me – just Mole.

But I never, ever barracked for Good Bear.

Give me Bad Bear every time. 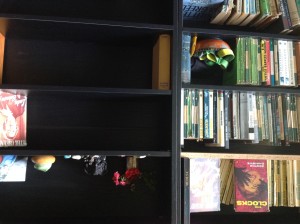 In which a friend takes me to the Red Cross to unload my books and I return to a spacious hallway and empty shelves. I contemplate how this corresponds to my intention to free up my mind, my time and my writing as well as my physical space. 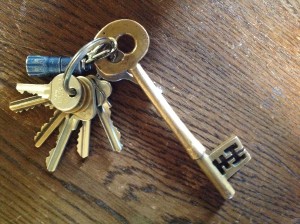 In which I take refuge in the bell tower, have a stroke of luck with keys, and determine to take on tomorrow in a more galvanised way. 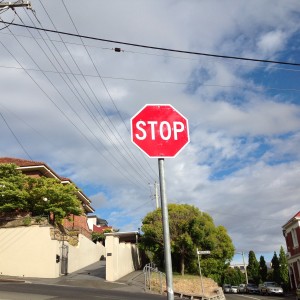 In which I acknowledge that I have more work in the early mornings and evenings and decide to have a sleep in the middle of the day, to cook and to eat a solid meal.