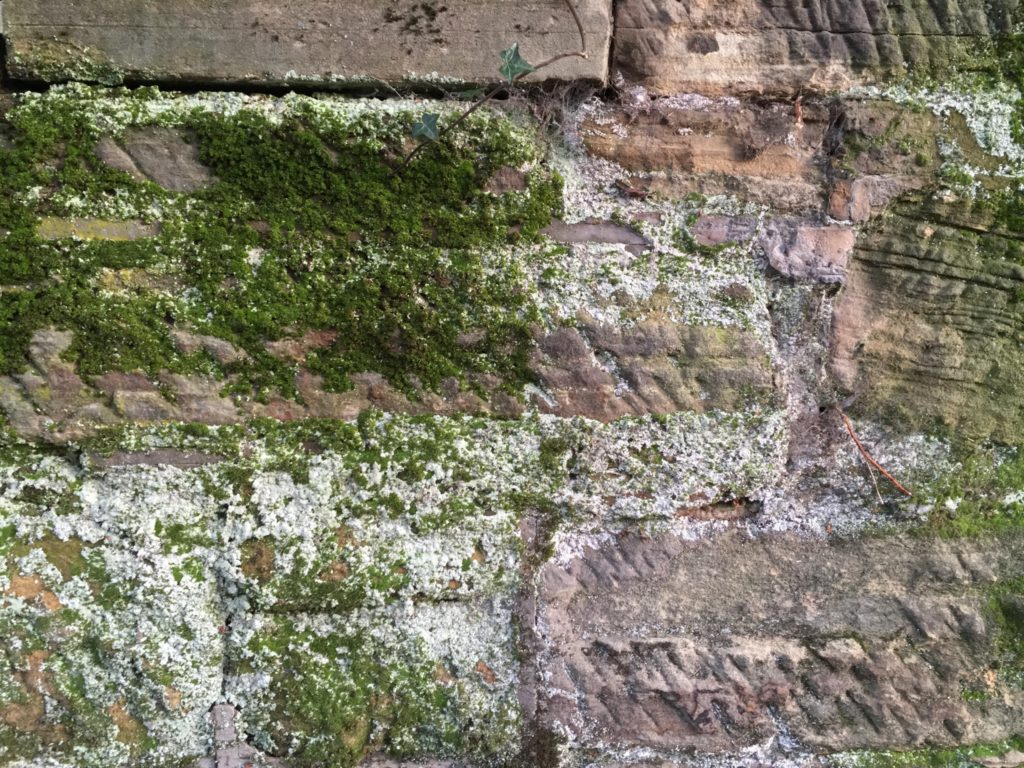 Writing done. Heading out into the sunshine after being cooped up. 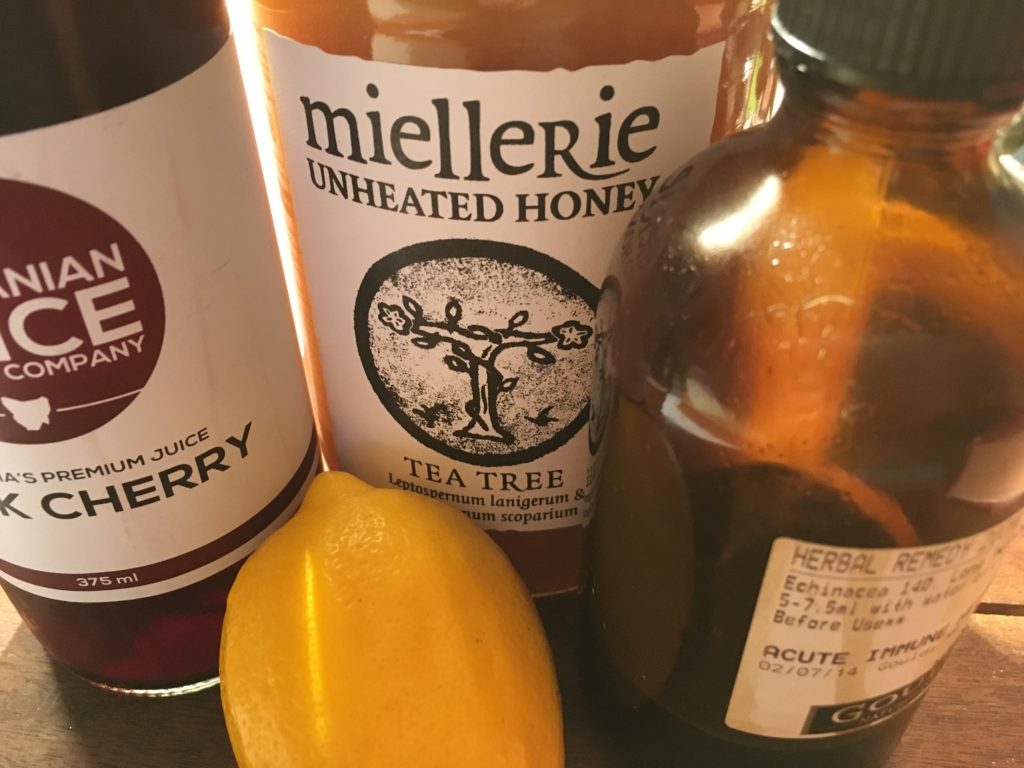 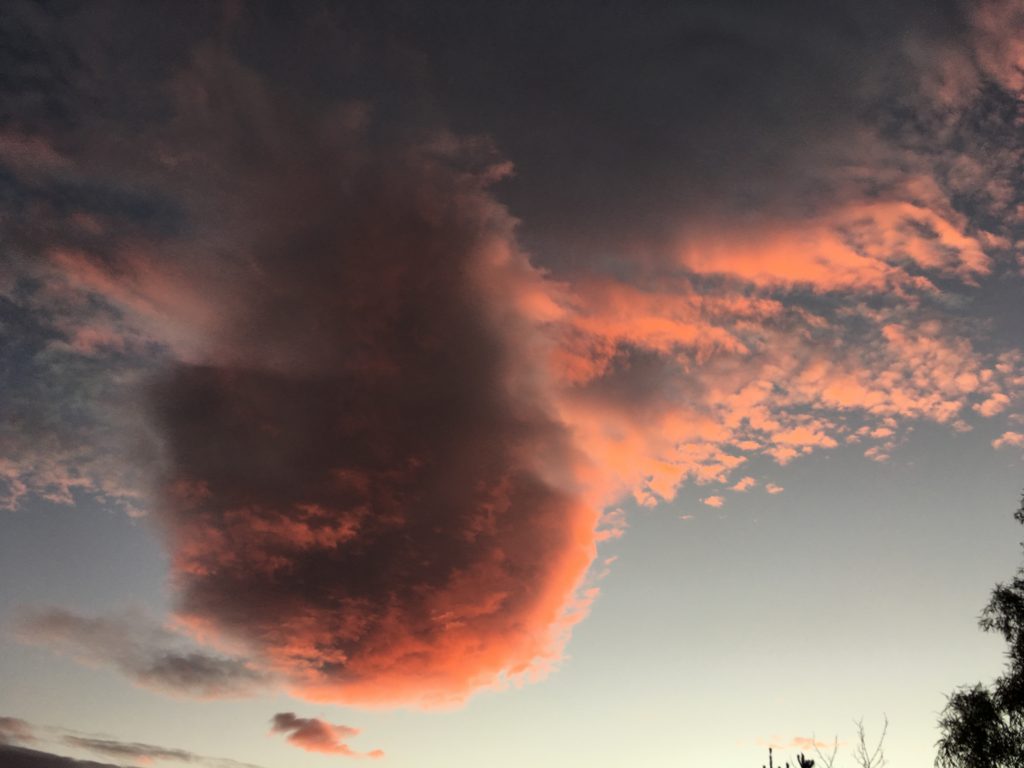 Back from a wild and woolly sabbatical that didn’t go according to plan.

Whenever I put aside time to do my accounts there is another me that tries to wriggle its way free. It might be that I am even sitting at the desk with ledgers open, pen in paw. Perhaps just this once I don’t suddenly find myself in the kitchen filling the kettle, or making toast, but even though I am in the right place with the right equipment and pinger set, my mind begins to drift. This time my mind moseyed back to the parental burrow and my late Papa’s study.

I was sitting in his Captain’s chair and examining the binders that held his paperwork, trying to feel my way into how he might have thought, the processes he might have used. Slowly, but with increasing intensity, I sensed a tingling in my molespine; the way he had clustered his accounts, annotated, intermingled alphabetical, numerical and associative systems, and recycled files, mirrored my own in almost every particular. Before long these accounts were so familiar they felt as if they were my own. And then I foiund the reports.

At the back of a binder that, according to the crossed out titles on its spine, had contained at one time or another Medieval Poetry, Russian Grammar, and Mesmerism and now held the last three years of accounts relating to the burrow (rent, electricity, lease, repairs, telephone), my late Papa had slipped in reports from St Bernard’s Preparatory School – reports from my earliest school days, before we had been bundled about, burrow to burrow, country to country.

Of course my mind wriggled itself away from Papa’s accounts then as surely as it did from my own last week. The reports were no mere box-ticked percentage marks but small essays and I read about my small self with complete absorption. And this time, in my own burrow, I found suddenly that I was no longer sitting at my desk, but hunkered on the floor, dragging a battered attaché case from under the bed, riffling through its contents, lifting the reports out. I was looking for a half-remembered phrase:

‘Young Mole’s conception of time’, one of my teachers had written, ‘is somewhat elastic.’

Elastic, when I was a young pupil at St Bernard’s, was a very material thing. It was the band that held your socks up and stopped your circulation. I remember complaining once to Great Uncle Mole and he lent me an ancient pair made of tightly coiled steel. I can’t imagine where he’d dug them up; rubber elastic had been used for at least a hundred years as he told me himself one wet day when we were out walking.

In 1851, he’d begun. I knew the date like the back of my paw: Prince Albert’s Great Exhibition. Or The Great Exhibition of the Works of Industry of all Nations. Great Uncle Mole insisted on its full title and, it always seemed to me, an almost verbatim recital of the 100 000 or more exhibits and, as often as not, their precedents as well. I remember gazing enviously at the blackbirds flying overhead. The steel-coiled garters were catching on my pelt as I walked. I drew the fact to Great Uncle Mole’s attention. Queen Victoria’s elastic-sided boots were made of coils, he said. His tone suggested that if she could put up with them so could I. For a moment I thought that I had diverted him from the Great Exhibition; it would have been worth both the pinched skin and the taint of spinelessness.

But no. Queen Victoria’s footwear had set him thinking. It was true that the elastic referred to on her boots was created by coils, but that was before the Great Exhibition. At the Exhibition, or perhaps it was shortly after, elastic-sided boots were made with pieces of rubber attached to the sole and the leather. When I later saw the coil-sided boots I had to abandon my attachment to Queen Victoria in Blundstones. Of course the mention of rubber hastened Great Uncle Mole on a soliloquy about Wellingtons and Mackintoshes and the crank-driven Masticator devised by Thomas Hancock, coach-builder of Goswell Road.

All this was very much the stuff of elasticity, and now that I know that the word at its Greek roots indicates a sense of drive, of impulse or propulsion, I can see how the springs of my young self’s garters and Queen Victoria’s boots come into play. I can see something of a Tiggerish bounce in the intention of the word. I imagine it might have been Uncle Ratty’s thing when he was a nipper. But never a mole’s. Certainly not mine at St Bernard’s Preparatory School. It was not this aspect of elasticity that exercised the teacher as she drew her indigo-inked pen across the report. The elastic she was alluding to had no ping.

What it did have was plenty of give.

It was the kind of elasticity that recognised the difference between an hour of listening to Great Uncle Mole listing the 100 000 items at the Great Exhibition and an hour of listening to Uncle Ratty telling pelt-raising tales of the high seas; or between an hour of wakefulness in the middle of the night and an hour of honeyed crumpets and ginger buns on a Sunday afternoon. It was the kind of elasticity that understood that a thing took as long as it needed to, whether it was grief, or counting rice, or allowing a carrot to grow.

Or writing my murmurs

Mole is currently on Sabbatical. Murmurs will return on 29th July but Mole will be in touch before then! 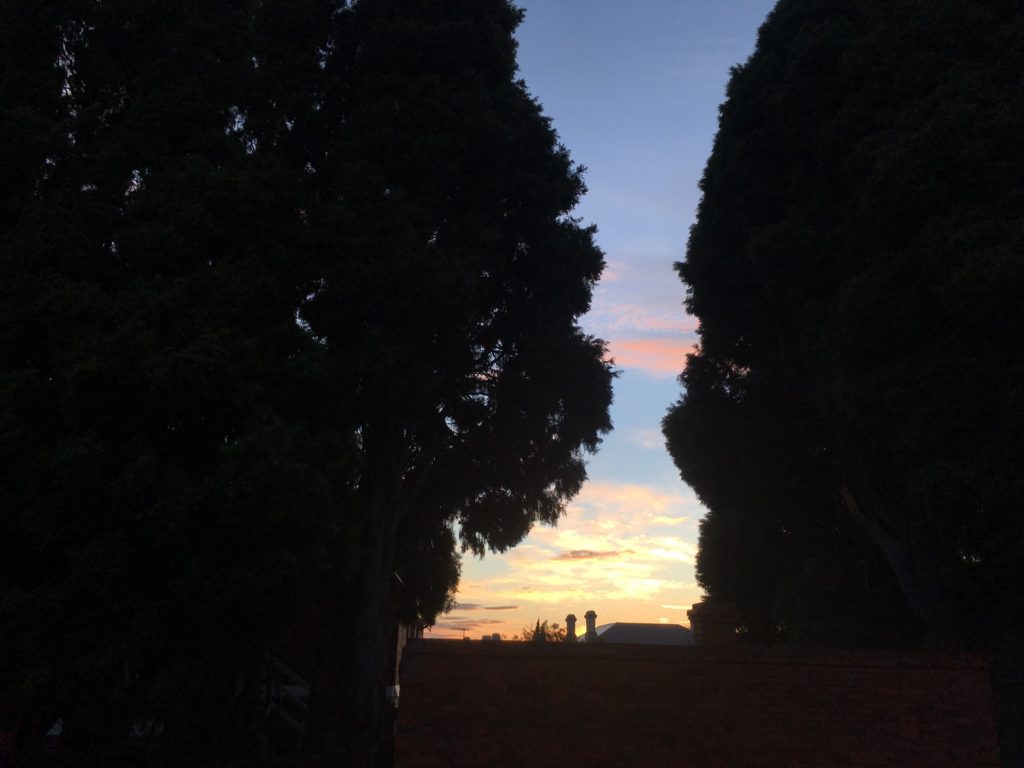 Descending into fog as I walk to the market and reflect on a day of finding stillness in Winter QiGong. 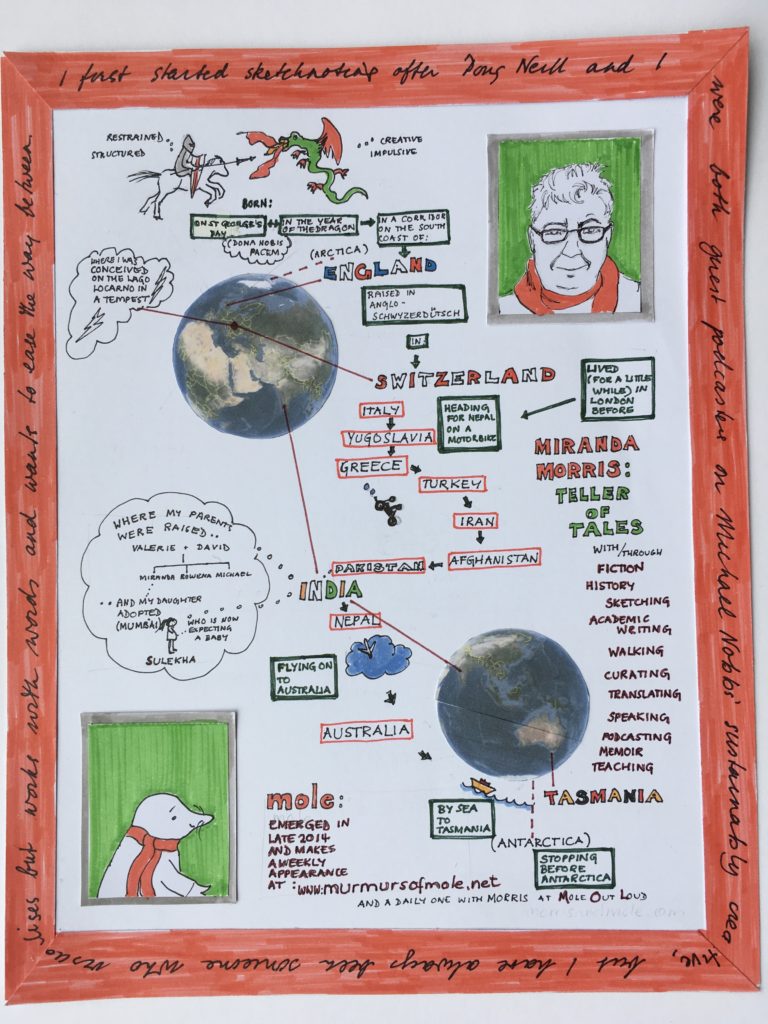 Thinking about stretching time – and contracting a life to a page. 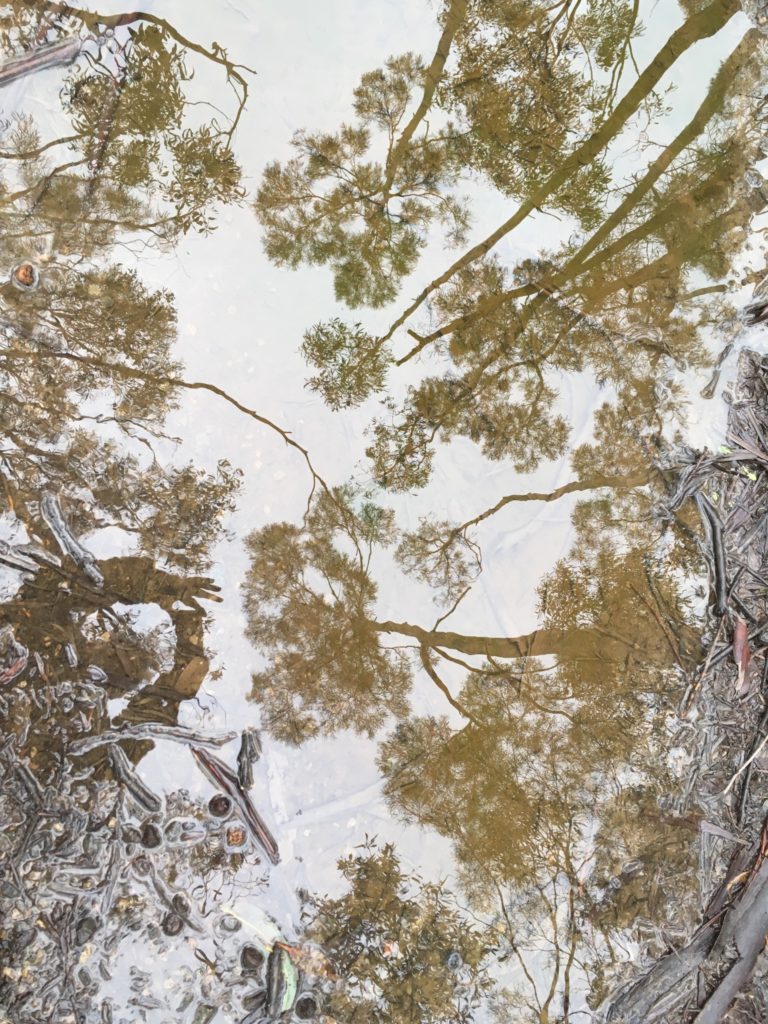 A crackly recording made during a walk on Knocklofty accompanied by crows.

A day of hurtling down a rabbit hole and losing myself in old photographs of Bern. 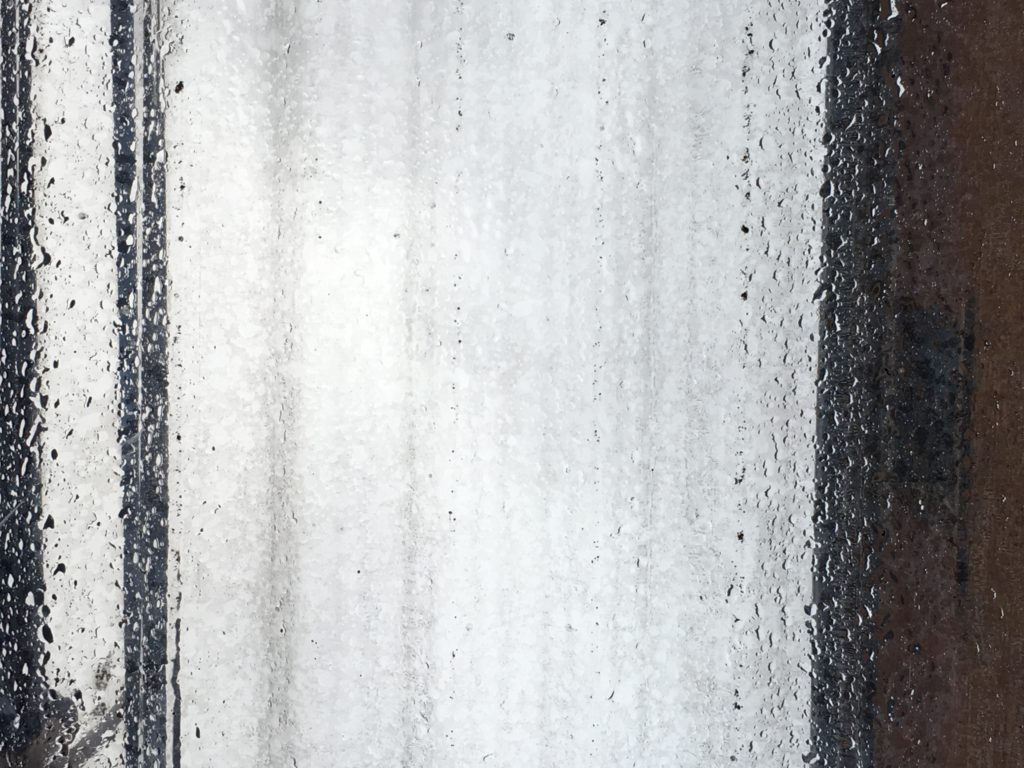 Walking and talking: experimenting with my new iPhone! 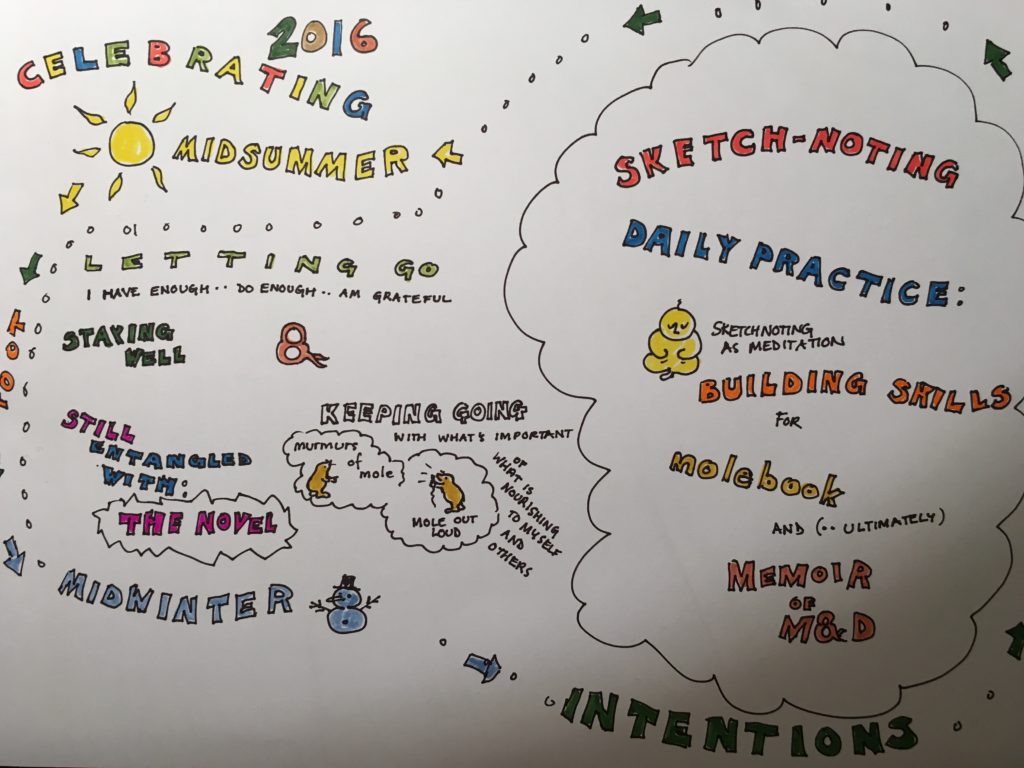 Recovering from writing murmurs with a gentle day of napping, voting and drawing intentions.