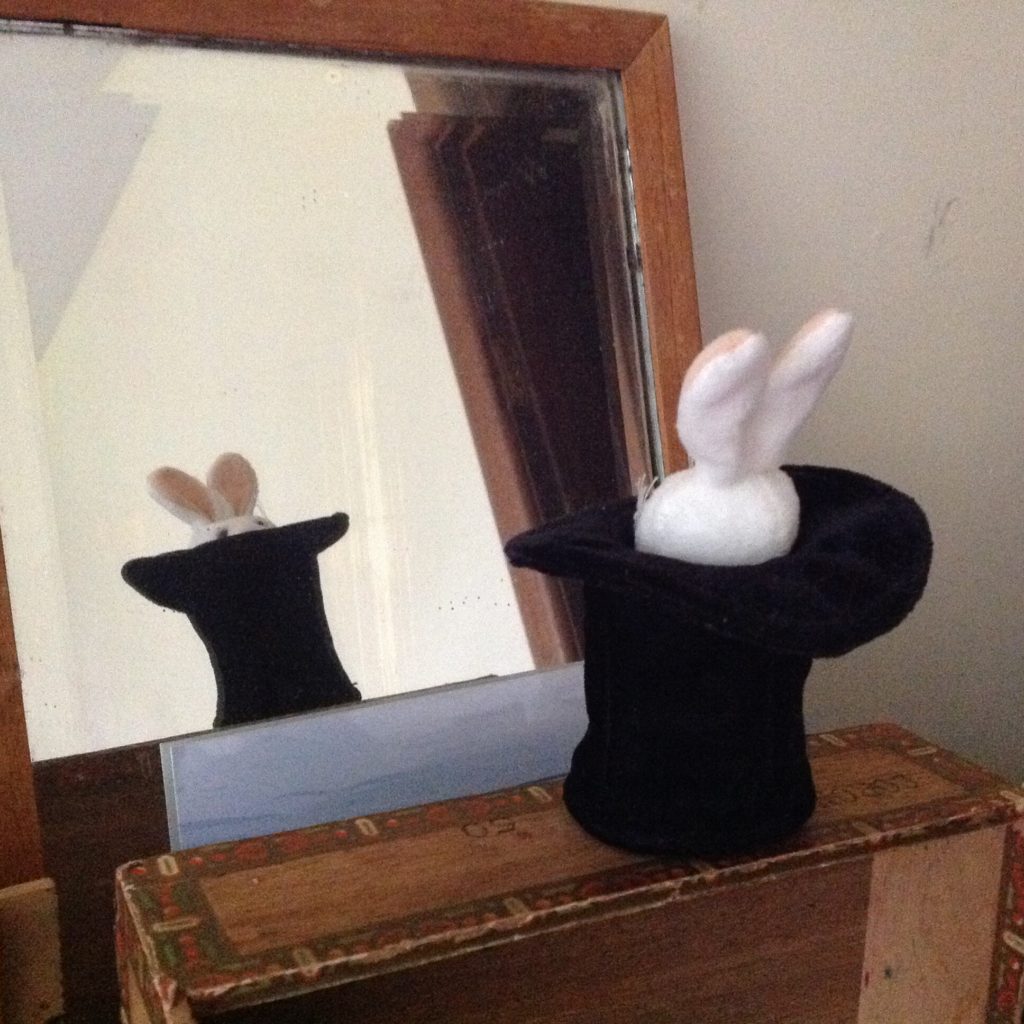 A gentle day of writing and looking for the hat I bought for the bell-ringing hatter’s dinner.

If I were a very tiny mole, a mole the size of a silverfish, I would make my burrow in Volume X. of Great Uncle Mole’s Oxford English Dictionary, not in any old place but quite specifically in the pages containing words beginning with ‘um’.

Um. Just those two letters provide a pause, suspend time while one’s mind takes its time to meander about for the right word, an apposite phrase, or for a thought to settle; it allows breathing space, time to step back and observe, to consider, or to delve deeper, so deep, sometimes, that the ‘um’ becomes an ‘om’, words disappear altogether and only breath remains.

Um was an unexpected comfort when I was a young mole, struggling with a strange new language. In German, ‘um’ is a kind of enabler, translating as something like ‘in order to’ or ‘so as to’, or it can mean ‘around’. It domesticated words whose meanings might otherwise have been frighteningly uncontained. As a prefix it allowed you to work with what you already had: umbauen – convert; umarbeiten – revise, rework; umbilden – re-form. Or it implied surroundings, metaphorical or real: Umgebung – neighbourhood, Umwelt – environment, Umstand – circumstance, Umgehen – circle around, keep company with, think about. I missed ‘um’ in English.

But now I find that it was there once. The same Old Norse roots gave us wonderful words. We had umbehold which is to observe and take in what is around you; it speaks to the material, local world, of what is within reach, within eye and ear shot but also, it feels to me, retains a sense of wonderment. Or how about the gentleness of umfold – to enclose, to shelter, to embrace; or to umbthink – to think about, consider, muse on, ponder; or umbedelve which is what a mole likes doing best. How could we have been so careless as to have lost these words four centuries or so ago?

And then, as my tiny mole-eyes slither down the entries of the OED, I come to all those shadow words, the ones that belong to the world beneath the umbrella’s canopy. Before the casting out of all those um and umb words, this sheltered space, like that provided by the foliage of a tree, would have been called an umbrage. It’s true that we haven’t actually lost that one, only its benign meaning. An umbrage came to represent a shadowy appearance, a ghostlike presence. It morphed into a suspicion, an inkling of something nasty in the metaphorical woodshed, and now, how can it be? – it represents a state of high dudgeon.

In the world umfolded within the umbrage of my umbrella, such later usages will have no place. It will be a space where umming is celebrated and within the pauses provided by the ums I shall occupy myself umbeholding the world as I wander through it and umbedelving in my molesoul to ponder its mysteries. 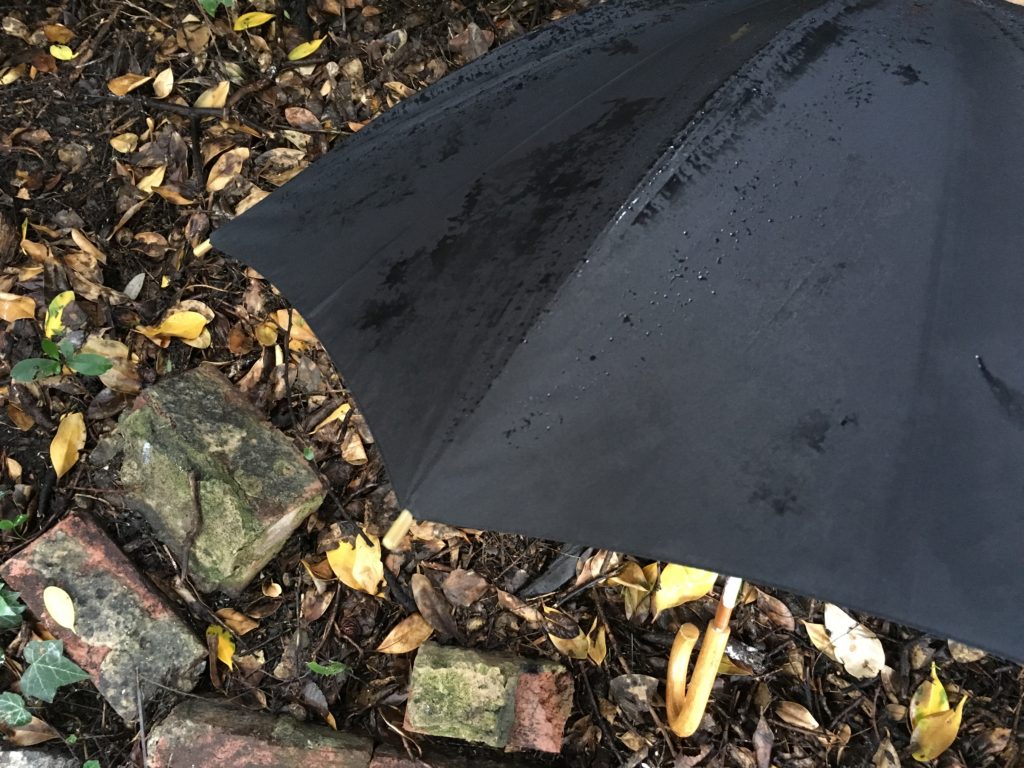 A wet day, perfect for writing; and pondering sharing the burrow.

Rambling into town, rambling in my podcast, and thinking about Michael Nobbs’ and the importance of pauses. 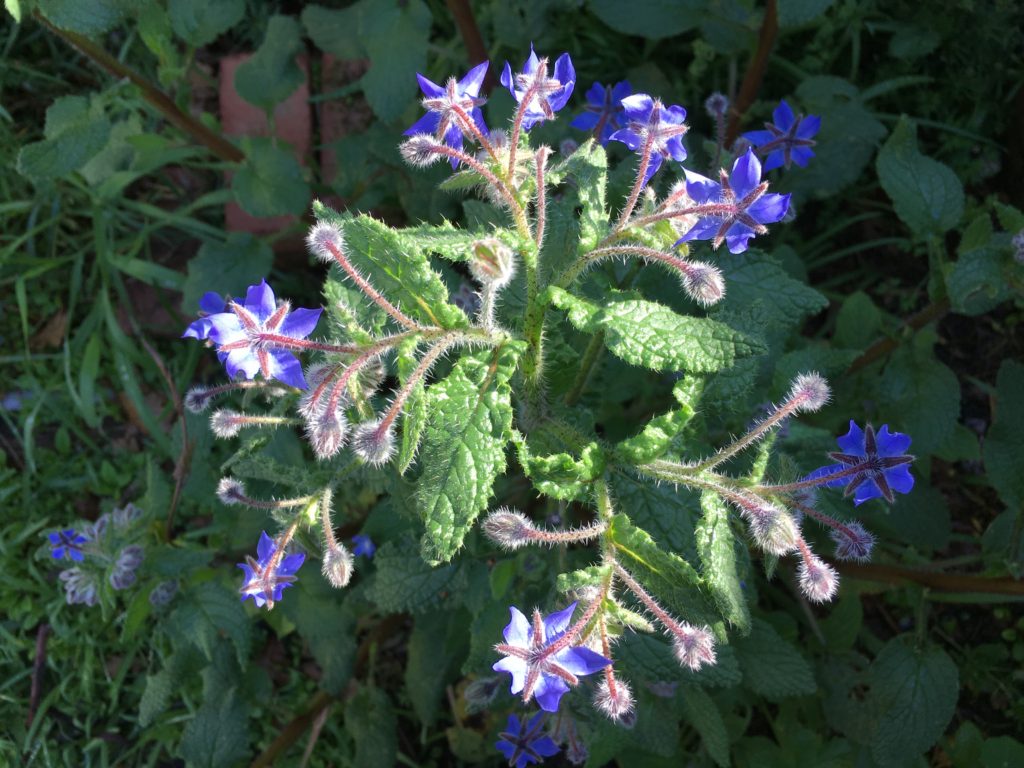 Another beautiful day on which to ponder how to allow body and mind to re-enter the flow. 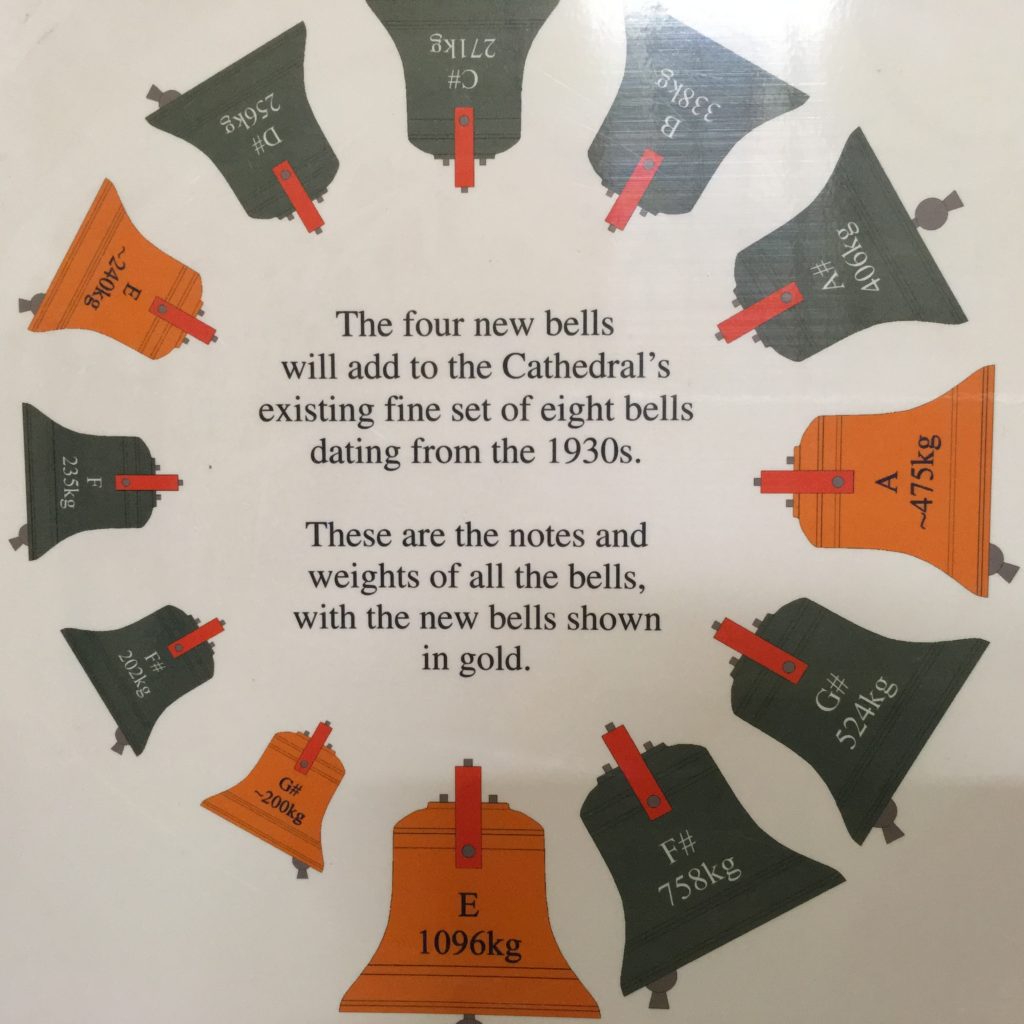 Sitting in the tower and taking a deep breath after a day out and about. 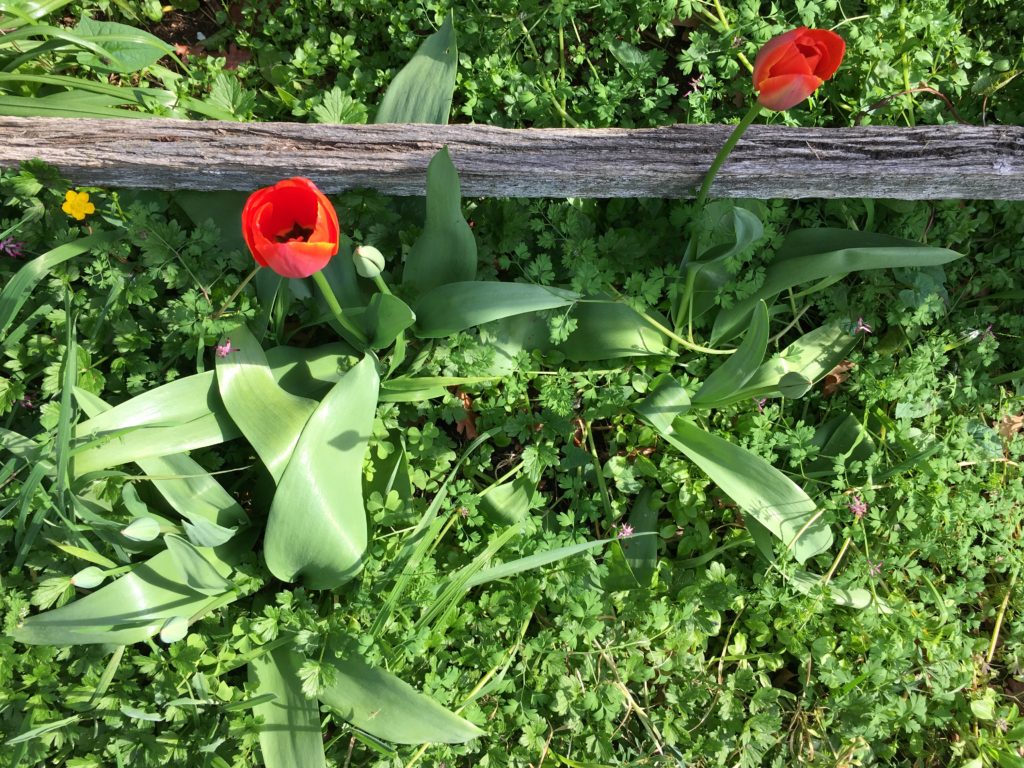 A beautiful day and reflecting on writing murmurs.

Spring is here again, rain and shine in equal measure. It is also a foreboding of summer.

I try not to take umbrage at the merciless vortex towards the end of the year, the relentless daylight hours to come, the heat and the noise and hysteria that accompany the end of the college year, parties and Christmas. Oh be banished, bah humbug!

Instead I am breathing in the moment, enjoying the colourful exuberance of spring, its deep light and its vicissitudes. It is a time of never knowing what to wear, of whether to thrust off the winter doona or put on an extra vest, to light a fire or lie on the lawn. It is a time of rainbows and it is, without doubt, the umbrella season.

Last year I decided to take the plunge and buy an umbrella not, as you might think to protect me from the rain, but to shield my poor delicate snout from the sunrays, my little eyes from the brightness, and my pelt from the heat in the manner of those Italian horsemen envied by Thomas Coryat in 1611, who carried what ‘they commonly call in the Italian tongue umbrellaes, that is, things which minister shadowe to them for shelter against the scorching heate of the sunne.

What I didn’t want was a parasol, or what I think of as a parasol, a sort of tutu of a thing, delicate and frilly. Not that there were many options. I realised suddenly that the umbrella shops I’d known in the past had disappeared, as had those roving umbrella menders who would rap at Great Uncle Mole’s front door and collect all the storm-ravaged crow-like objects that had accumulated in the cloakroom over winter. The lack of options made the choice easier, and I ended up with one that swore to shield me from the ultraviolet rays that sneak through the hole in the ozone layer over Antarctica.

It is hardly surprising that although the very word umbrella has its roots in the Greek ómbros/ Latin umbra meaning shade, that its use in northern Europe was for protection from rain. In Paris they became so popular in the 18th century that uniform oiled green silk umbrellas with regulation numbers were rentable city-wide. The Académie Française, recorded a much more accurate descriptor: parapluie – a shield from rain. But across the channel, where they were for a while called Robinsons (after Daniel Defoe’s Crusoe construction from hides that protected him from both sun and rain), umbrella was the name that stuck, inaccuracy be damned.

The umbrella I bought to protect me from the sun was the most rainweathery umbrella you could imagine. It is large and black, with a wooden handle, no Gampish goose for me (although given the option I might have been tempted), just a plain curved handle. Furled, it is the most London of umbrellas, the kind carried as a badge of honour by countless civil servants, the kind John Steed would avenge himself with, when he wasn’t twirling it. But unfurled mine is lined with Magritte-like clouds in a blue sky.

I have enjoyed walking with my new umbrella, swinging it, leaning on it, hooking down branches to retrieve an apple. At times it has been a bit of an encumbrance and more than once I have left it hooked on the back of a chair, or on a bus, or on an open display of breath fresheners at a check out counter. I take comfort that I am not alone in negligent umbrella behaviour, witness the 12 000 umbrellas languishing in London Transport’s Lost & Found Office, and even more comfort from the fact that although my umbrella has been lost it has also been found.

It is the most beautiful umbrella I have ever owned and I rejoice when it rains, when I can put it up and listen to the heavy droplets bouncing off its taut cloth. I give my thanks to the founder of the Magdalen Hospital for the Reception of Penitent Prostitutes, Jonas Hathaway, who for thirty years braved public ridicule from rain-soaked bystanders, and paved the way for umbrella carriers through the centuries.

This umbrella I bought to protect me from the sun has only ever really been unfurled in the rain. This year, though, this year, I shall gird myself with Hathaway’s nonchalance and march out into the bright sunshine, umbrella stretched above me and casting shade, beautiful mole-heartening shade below. 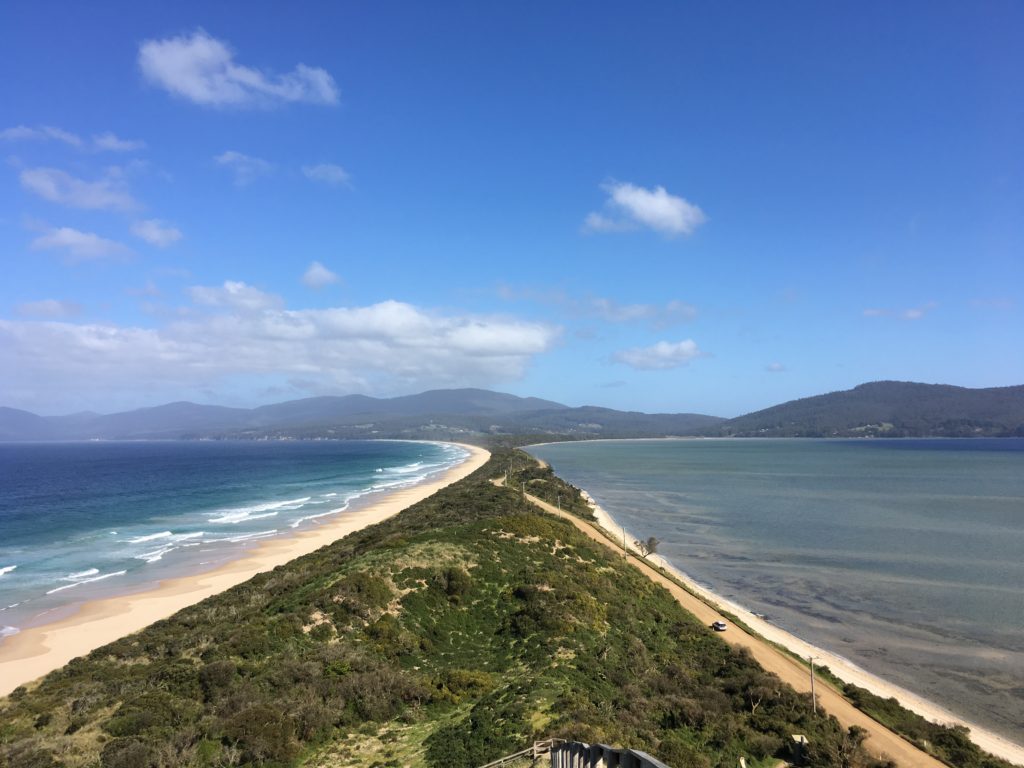 A blowy windy day with lots of distractions. 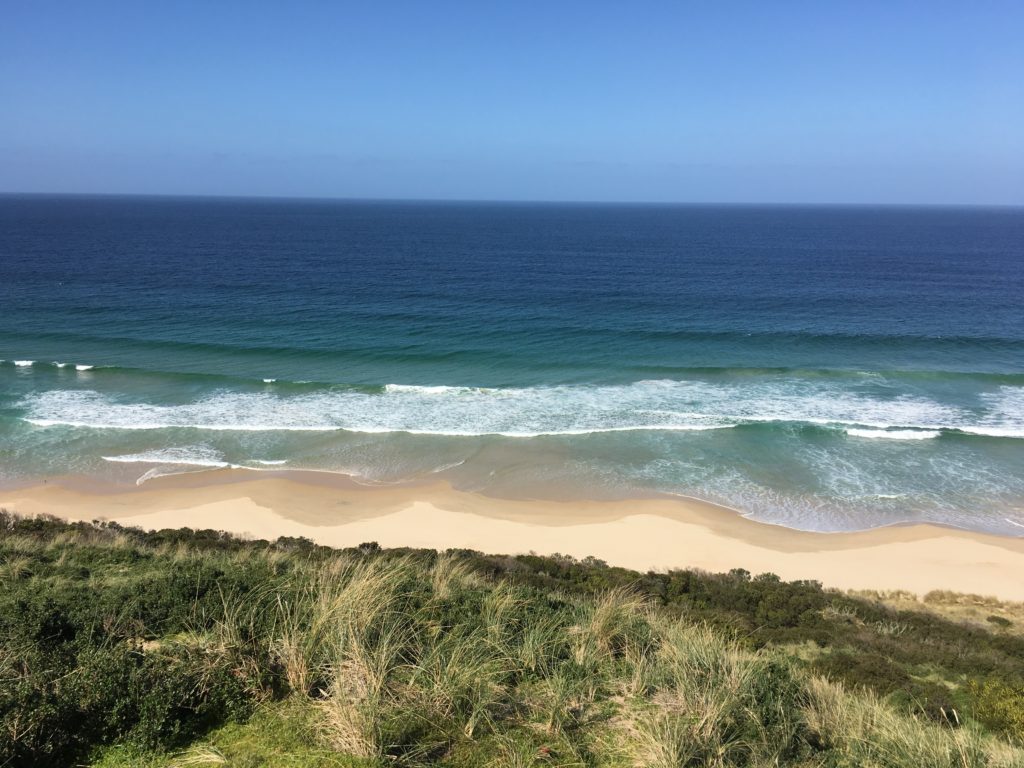